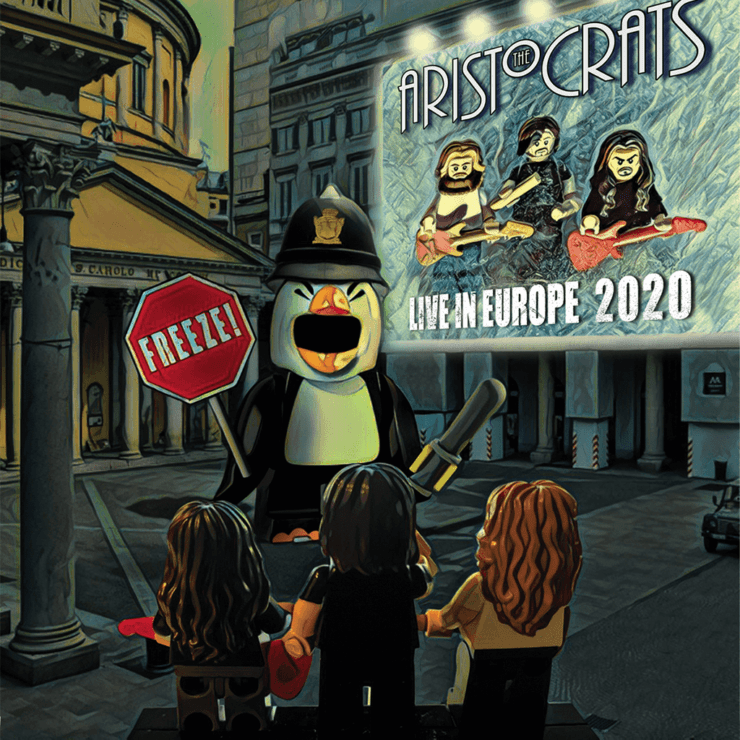 Review of The Aristocrats – FREEZE! Live In Europe 2020.

The Aristocrats, the prog supergroup comprised of Guthrie Govan, Marco Minnemann, and Bryan Beller, had been touring relentlessly on a lengthy world tour in support of their most recent album ‘You Know What…?’  And, well, we all know what happened.  Fortunately, the band have just released a new live album ‘FREEZE! Live In Europe 2020.’ which showcases performances recorded across Spain in February 2020, during their last European tour, leaning on live-recorded renditions of material from the You Know What…? album.  One of the world’s engaging and impressive live acts, the trio’s infectious joy for playing live is captured here and is a must have for any fan of this spectacular group.

The set opens with the loud and spastic “D Grade Fuck Movie Jam”, a crazy jam with plenty of stops and starts, time changes, and crazy soloing as expected. Each of these musicians are at the top of what they do and it is on full display from the get go. Noticeable as well is the fantastic recording of this show.  It’s as if you are front row and getting your face blown off from the speakers.  From there the band dive into the groovy “Spanish Eddie” a latin-jazz combination that is every bit the opposite of the opening number, yet still as jaw-dropping.  There is so much going on, it’s hard to believe it is only three guys.

From there is the Western-inspired “When We All Come Together” followed by the rocker “The Ballad of Bonnie and Clyde.” Each song allows the trio to shine equally in the most splendid fashion. Despite only having 6 songs, the collection runs an hour long and includes an extra special version of “Get It Like That” from the band’s first album, with a drum solo by Marco specially dedicated to Rush’s Neil Peart.  The set closes on the bluesy “Last Orders” with some beautiful guitar playing from Govan.

Having seen the group live on this tour, one thing that makes the shows so fun are the stories about the songs themselves that the guys tell.  Sadly, that is missing from this collection.  Nevertheless, this is a really enjoyable cd and should make you wish you get to see this group in person.  Let’s hope it’s soon.