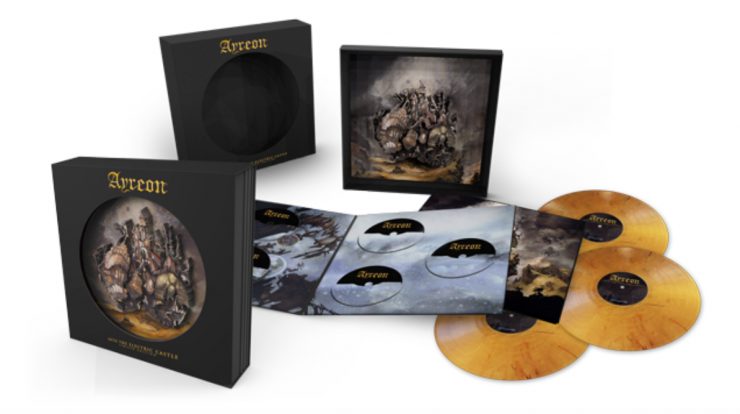 Ayreon’s celebrated classic album ‘Into the Electric Castle’ is about to turn 20. For this 20th anniversary edition, Arjen re-mixed the audio to 21st century standards. He made it clear that it’s a ‘remix’, not a ‘remaster’, saying “Remastering takes 2 hours, this remix took me 2 months!”.

The 20th Anniversary Limited Edition Box Set will be available to pre-order between July 19 and August 6. After August 6 there will be a maximum of 1500 copies printed.

VINYL:
Packaged in a triple gatefold
Three slabs of 180 gram vinyl with the audio from the original 1998 release.
Includes a downloadcard for a complimentary MP3 download of the new 20th Anniversary Remix
Pre-orders are signed by Arjen