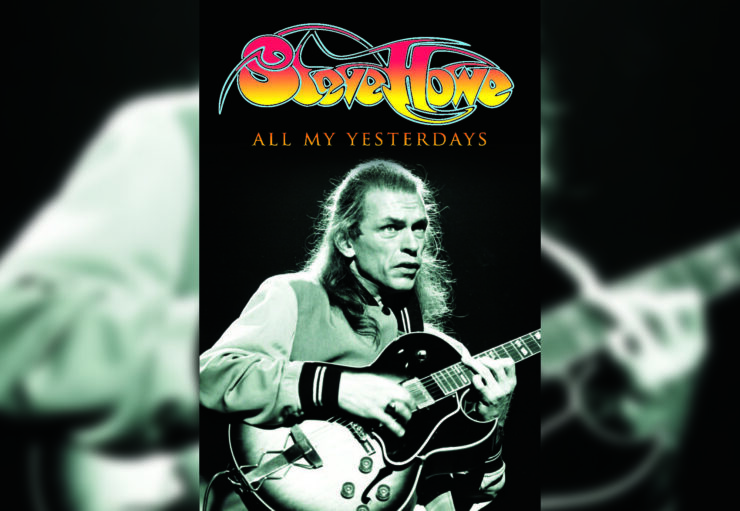 ‘All My Yesterdays’ will be released on Sept. 3rd.

Steve Howe is releasing his first official autobiography titled ‘All My Yesterdays’. You can order the book here:
https://burningshed.com/steve-howe_all-my-yesterdays_book

In the book Steve Howe reflects on his astonishing five-decade plus career, from jamming onstage with Jimi Hendrix to sharing Abbey Road studios with The Beatles to working with Yes, Asia and GTR. It also includes a number of unseen photographs and a full discography.

Also, In a new Facebook post, Howe announced the album titled ‘Love Is’ and said this:
“My new solo album is titled LOVE IS.

It’s an equal balance of guitar instrumentals and songs, which presents a symmetric balance of the things I do.

I perform the lead vocals, electric, acoustic & steel guitars
plus occasional keyboards, percussion and bass guitar on the instrumentals.

I’m delighted to say that Jon “Juano” Davison of Yes sings harmony vocals and plays bass guitar on the songs, too. Dylan Howe drums on every track, showing his precision and forcefulness throughout.

After starting all the tracks at our own studio, Curtis Schwartz then expanded the possibilities–including recording Dylan–and developed the mixes before Simon Heyworth mastered the tunes for it’s release on the 17th April 2020 on BMG.

I look forward to sharing the album art once it’s ready.