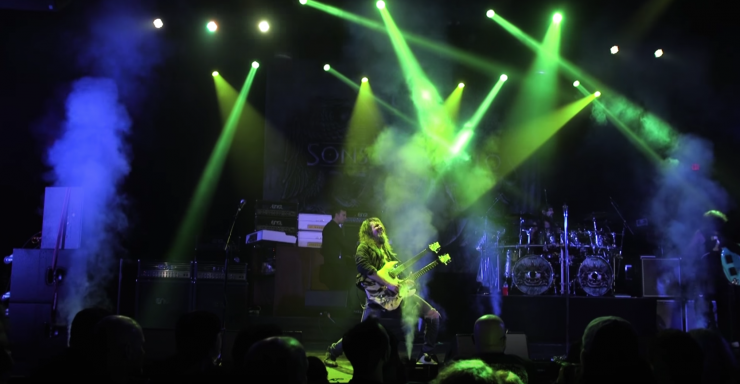 New video shot during Sons of Apollo US tour

Mike Portnoy comments: “The ‘Signs of the Time’ Video was shot on the recent US tour and is a good taste of what the band is like on stage. We are about to embark on the band’s 1st tour of Europe and the UK and can’t wait to bring this 5 headed musical monster to our fans overseas all throughout the summer”

The band have further live dates planned for later in year, including an appearance at ProgPower Festival in the US, the band’s first Japanese shows, and more live appearances in Europe including a very special performance at the Roman Theatre in Plovdiv Bulgaria alongside the orchestra of Plovdiv State Opera. Find the full list of those below:

Ticket links for all shows can be found at: https://www.sonsofapollo.com/live