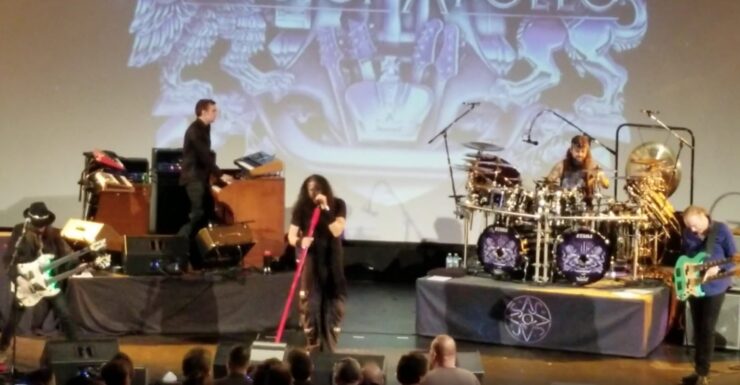 Sons of Apollo are on tour now supporting their latest album MMXX.

Sons of Apollo kicked off their MMXX tour on Jan 23rd in Sacramento, CA to celebrate the release of their latest album.  The set was a mix of the band’s sophomore release MMXX (released on Jan 17th) and their 2017 debut Psychotic Symphony. One surprise was a mini-Rush tribute, a nod to the late Neil Peart.  During the track “Wither to Black” the band jump into “Tom Sawyer” with a vocal appearance by none other than Bumblefoot, who turns in a highly worthy Geddy Lee impersonation.  You can see the fan-filmed video below.  For more details on Sons of Apollo on tour visit: https://sonsofapollo.com/live/