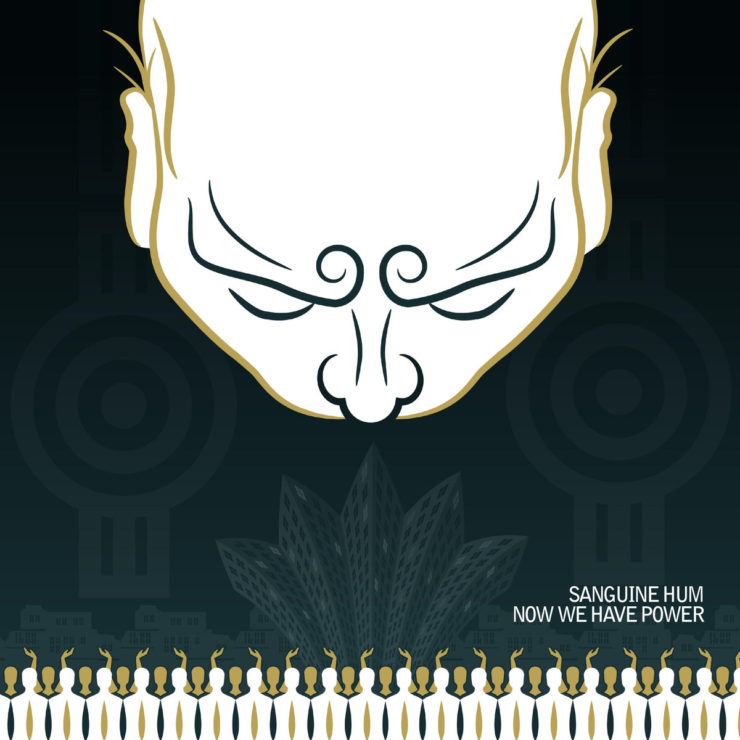 UK prog outfit Sanguine Hum have just released Now We Have Power, the much-anticipated follow up to their 2015 concept album Now We Have Light. The concept, which has been in development for nearly 12 years, is a surrealist rumination on humanity’s future, framed around a crazy yet inventive man named Don, who, with the help of a cat, a stick of butter, and some common knowledge about physics and energy, attempts to solve the world’s energy crisis.

Sanguine Hum’s music is mellow, indie infused, palatable progressive rock, though the ‘progressive’ descriptor is more to indicate an ethos than to place a genre label. The narrative is dense and surrealist, as one can ascertain even from a brief surveying of their lyrics, but it’s also presented and packaged in such a way that it doesn’t feel too obtuse or labyrinthine, or doesn’t feel like they’re trying to hard.

“Speak to Us” is an early highlight of the album. The song is rhythmically complex and lush, but highly melodic and palatable, guided by Joff Winks’s soft, unique vocals. Much like Sanguine Hum’s sound, the lyrics are profound, yet subtle. Another highlight on the album is the kaleidoscopic beauty of the ending of “A Tall Tale”, interrupted by Crimson-esque bursts.

Though the album is melodically and thematically similar to its predecessor, Now We Have Light, there is a stronger sense of precision and focus on this record, though both are solid releases. There is conceptual unity between disks, but the words are still coded enough that the story doesn’t reveal itself passively, or doesn’t hold your hand and guide you through the narrative- i.e. there’s no Central Scrutinizer. The fact that their music is both catchy and deep means their songs can appeal to both the casual and more committed listener.

The music on this album is complex and dense, but its presentation is tamed by a lack of pretentiousness or flashiness, and a reliance on memorable hooks and melodies. I’ve seen several outlets call Sanguine Hum’s music post-progressive, which is about as redundant of a label as one could find, but I think I’d rather just say this: it’s the type of progressive, thoughtful, inventive music that I think the world needs right now.

Key Tracks: Speak to Us, Skydive