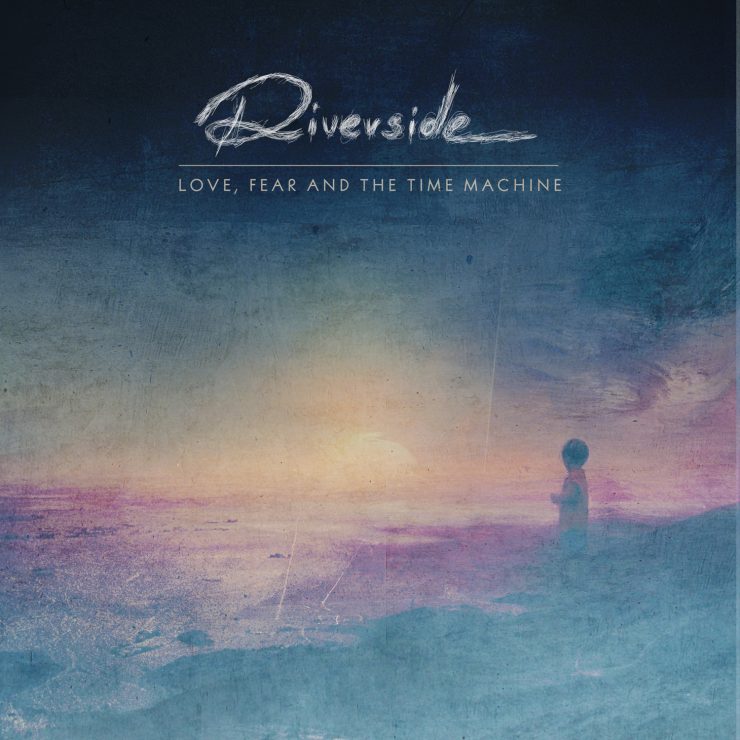 Review of the new Riverside album ‘Love, Fear and the Time Machine” out on September 4th, 2015 on InsideOut Music

Riverside are a band that are difficult to define.  They have always found a way to subtly reinvent themselves, and yet, have always maintained the respect of their fans as they take those risks.  With their latest album, ‘Love, Fear and The Time Machine’, the band once again altered their sound but and have stripped the heaviness of the last album for a new refined and more organic sounding Riverside.  The results are outstanding making it one of the top albums of the year.

Their last release, ‘Shrine of New Generation Slaves’ found the band exploring the darker side of society whether it be social media or celebrity.  The music accompanied that with heavier guitars and distorted bass.  With this album, main songwriter and lead vocalist Mariusz Duda approaches the album with more hope, asking to more away from fear and not to hold on to the past.  In doing so, he has also eschewed his distorted bass for a cleaner sound.  More acoustic guitars and piano are highlighted throughout as well.

The album opens quietly allowing Duda’s unique voice trap the listener’s attention.  The song eventually kicks into high gear concluding with a heavy guitar riff by Piotr Grudziński over Michał Łapaj’s organ.  As has been described by Duda in various interviews, he wanted to bring in a more 80’s sound to the album.  Tracks like “#Addicted” and the album’s first single “Discard Your Fear” present that vision clearly, the former a ringer for a song by “The Cure.”

There are, of course, some signature Riverside moments such as the brilliant second half of “Under the Pillow” where the guitar repeats a simple passage while the music continues to build and build until you are encapsulated in a sonic cocoon.  The same can be said for the instrumental section of the epic “Caterpillar and the Barbed Wire” which is perhaps the album’s best track.  As a whole song, only the rocker “Saturate Me” truly sounds like an older Riverside, but it neither feels out of place or makes you miss that band.  It is a great bridge between all the facets of the band.

Conceptually, the album flows easily bridging all the songs as the ideas develop from Love to Fear to Time Travel.  The track “Afloat” featuring Duda singing over a bass line accompanied mostly by just keyboard, connects with “Discard Your Fear” and shows that even the track order had some serious though put into it.  While the last few songs are more mellow than the first half of the record, “Towards the Blue Horizon” despite beginning as a beautiful love song explodes with some of the albums heaviest moments. “Time Travellers” is a simple acoustic track with a wonderful piano refrain at the end.  The album closes with the very commercial “Found” where Duda sings “It’s a lovely life.”

Riverside have outdone themselves here. The band continue to stretch their wings and might have produced their best work with this album.  There is such emotion and beauty within each track that it makes it a joy to listen to.  It demands repeated listens and with each listen brings something more.  Pick it up and lose yourself in it.

Key Tracks: Caterpillar and the Barbed Wire, Under the Pillow, Towards the Blue Horizon