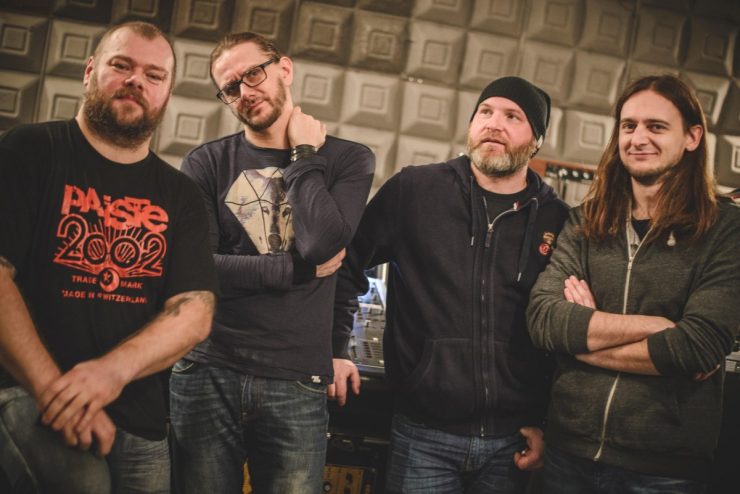 Riverside have revealed details about their upcoming 6th album.

Riverside have just finished writing the new material for their upcoming 6th album called “Love, Fear and the Time Machine.”
The album will be released in August/September 2015 and some of the new songs will be played at this year’s summer festivals.  The band plan to start recording the new material in March and are inviting fans to follow the progress of their work on a special Instagram profile (www.instagram.com/riversideband.pl)

Mariusz Duda had this to day about the new album, “Our sixth album, six words in the title, sixty minutes of new music, that’s about how long the new release will be. And we won’t be playing hard rock any more.  There will be many more melodies dressed in completely different shades. We‘re changing and evolving as a band, we’re growing up but most of all we want to keep recording different albums which are simply great to listen to. And the new one will be like a deep breath of fresh air, very different to what we’d done before.”

“Love, fear and the times that have shaped us have the biggest influence on our life choices. The lyrics will be about everything that pushes us to make the most important decisions in our life.”