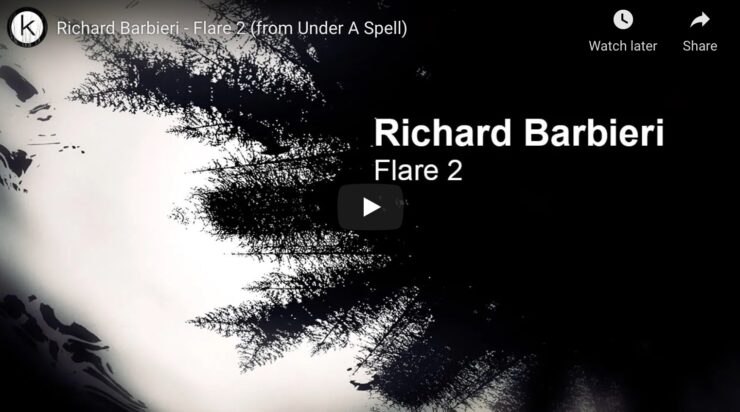 Under A Spell was released on Kscope on February 26th

Richard Barbieri has shared a new visual for “Flare 2” to mark the release of his new solo album UNDER A SPELL through Kscope. Boasting a groundbreaking career that began in the late 70s with synth-pop visionaries Japan and more recently as a member of influential art-rock band Porcupine Tree, UNDER A SPELL is the first full length solo record from Richard Barbieri since 2017’s Planets + Persona.

Taking place over a period of nine minutes, “Flare 2” is a sprawling and evolving soundscape of synths, trumpets and intriguing classical instrumentation. Indicative of the bold and progressive composition and production of Richard’s work on UNDER A SPELL, “Flare 2” now has an equally enthralling visualizer courtesy of animator Matthew Entecott.