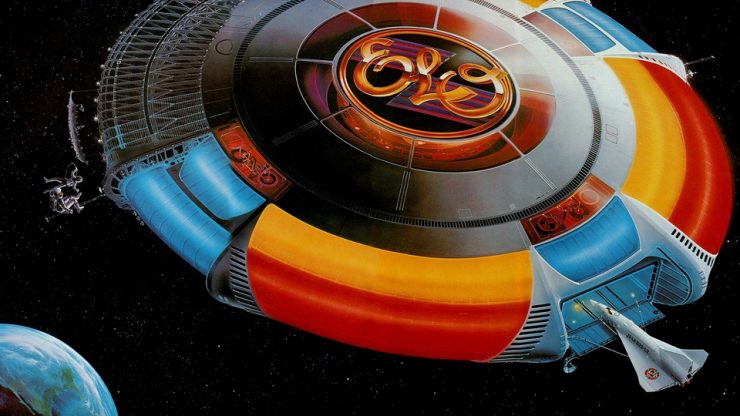 A look of some of ELO’s Proggier moments.

ELO, Jeff Lynne’s band  known for selling millions of albums with epic pop hits, recently made a comeback with the album ‘Alone in the Universe.’ They also finally earned a well deserved place in the Rock and Roll Hall of Fame.  But while most fans are familiar with iconic songs like “Mr. Blue Sky” and “Evil Woman”, the group actually has a early Prog background.  Their early albums are highly experimental and feature impressive use of strings and orchestral arrangements, while Jeff Lynne’s songwriting still contained amazing melodies without being limited by 3 minute radio constraints.

We look at some of the Prog Worthy moments from these albums.

10538 Overture (From The Electric Light Orchestra/No Answer – 1971)  – The first song from the first album, this track has a great opening guitar riff that carries through a series of sections. While the original recording sounds really dated, newer live versions really come off well.

From The Sun To The World (Boogie No. 1) – (From ELO II – 1973)  – A truly progressive moment from the group with a number of instrumental sections that keep the listener engaged.

Kuiama – (From ELO II – 1973) – ELO wrote an 11 minute song??  Indeed, and a killer exploration of their sound.  It showed how the band was really finding its voice at that time.

Eldorado – (From Eldorado – 1974) – The final two tracks on their fantastic concept album are some of the more brilliant moments from this band.  This entire album is simply brilliant.

Fire On High – (Face the Music – 1975) – Here the band finally had some major hits and started moving towards pop stardom, but there are still moments that recall their previous efforts like this opening number.

Secret Messages – (From Secret Message – 1983) – By the lates ’70s and ’80s, the band had gone completely pop prog, with the emphasis on pop, but this title track from the 1983 album, has a great rock feel that any prog fan could appreciate.