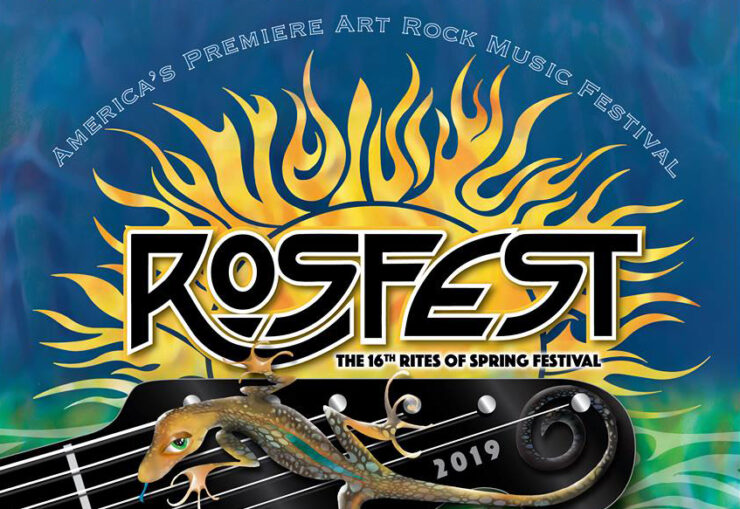 The festival’s long-time organizer George Roldan announced recently that the festival was shutting down.

Long-running US progressive rock festival RoSfest (Rites Of Spring Festival), has announced it’s return with a new board of organizers. The festival’s long-time organizer George Roldan announced recently that the festival was shutting down due to the Covid-19 pandemic, difficulty for overseas bands to get the required permits, and increased running costs were forcing the event to call it a day. This message was recently posted on the fesitval socials announcing the return. There are no dates yet set.

“In the words of Jon Anderson, “Change we must, to live again”, we find hope, resolution, and a renewed sense of excitement. With these lyrics in mind, it is my great pleasure to announce that with change, RoSfest will continue to produce one of the best progressive rock festivals in the world located in tropical Sarasota, Florida, but under new leadership and board of directors to further support and grow this endeavor. The Rites of Spring Festival has been a treasure in the progressive rock world for the last 17 years and it has been my pride and privilege to create, produce, host and share the experience with you, our RoSfest audience!

New to producing RoSfest, but not to the world of progressive rock, our new leadership team have been supportive members of our festival’s family for years. I feel honored to be able to pass the torch to such a dedicated group of musical masters. Please give a warm RoSfest welcome to our new leadership team and read below for more detail about their background and accomplishments; John Blangero, Nick Katona, Anthony Anzalone, Rebecca Avelar, Octavia Brown, and Lisa Wetton.

The team will follow up with information regarding everything RoSfest as the information becomes available. I will continue to support the festival as a consultant and remain its biggest fan. As I’ve previously mentioned, it has been an honor to interact with such accomplished and inspiring musicians and music lovers in the progressive rock community. Long Live RoSfest!” – George Roldan

RoSfest began in 2004 at the Colonial Theatre in Phoenixville, Pennsylvania in 2004, moved to the Keswick Theatre, Glenside, Pennsylvania in 2008 and more recently to the Sarasota Opera House in Florida in 2019.  Last year’s cancelled event was to feature Big Big Train and Pattern-Seeking Animals among others