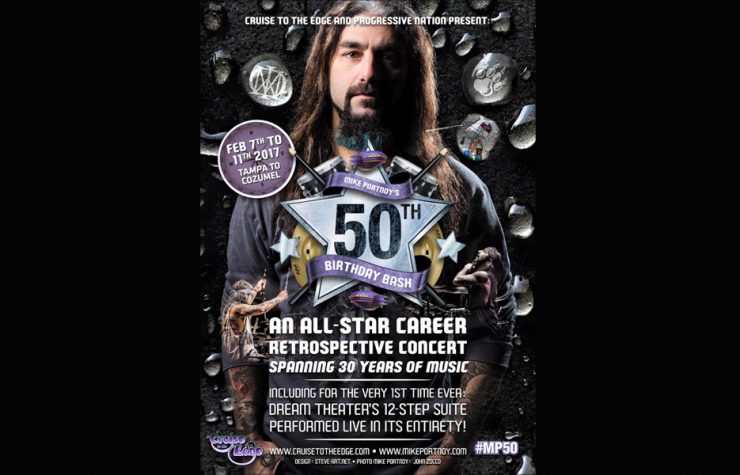 Drummer says former bandmates have open invite to join him.

Mike Portnoy recently announced that he will be performing the “12-Step Suite” is a collection of five songs that he wrote for Dream Theater between 2002 and 2009, on next year’s Cruise to the Edge as past of a celebration of his long career.

In an interview with The National Student website, Portnoy discusses how he would be open to playing with this historic set with his former bandmates at his upcoming 50th birthday bash on the cruise.

“I would love nothing more than to perform it with [Dream Theater]. But they’ve made it clear that they have no intention in reuniting at any point. So, life is short; this is going to be my fiftieth birthday and it just felt like the right time and place to finally play this music. I write all five of these songs with the intention of them being performed from start to finish and I would have loved nothing more than to be doing it with Dream Theater. But it’s obviously not on the cards for them. I can’t sit around waiting for a reunion that may not happen.

“That being said, all four Dream Theater guys have an open invitation to join me on the cruise. I would love nothing more than for them to be there with me.”

Well, let’s hope there will be some exciting surprises.  For more info on the cruise visit: cruisetotheedge.com.