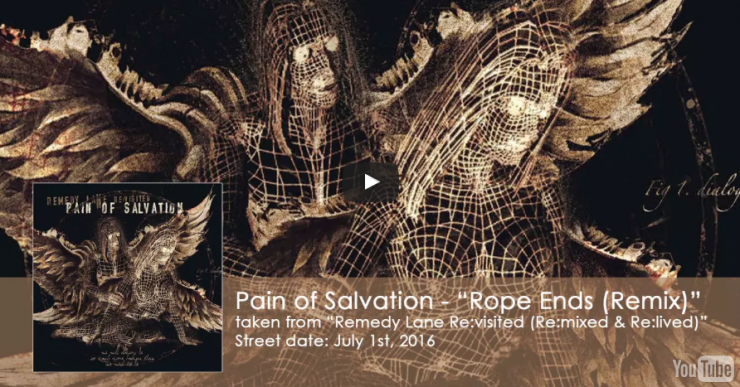 To support the release, the band are releasing the track “Rope Ends (Remix)” which you can check out below. https://youtu.be/9oTMI_jc-NA

With this release, Pain of Salvation re-visit their ground-breaking and genre-bending “Remedy Lane” album by teaming up with old companion and mixing engineer wizard Jens Bogren at Fascination Street Studios (Opeth, Symphony X, Devin Townsend, Haken, etc.) for a new sonic take on the original recordings as well as the intense full-album live performance from ProgPower USA Festival from 2014.

The individual vinyl versions of both “Remedy Lane Re:mixed” and “Remedy Lane Re:lived” are available on black vinyl as well as in limited coloured runs on clear vinyl (100x copies from IOM webshop) or transparent orange (300x copies).

The pre-order for all physical formats is starting today from the IOM webshop here:
http://smarturl.it/POSRemReIOM