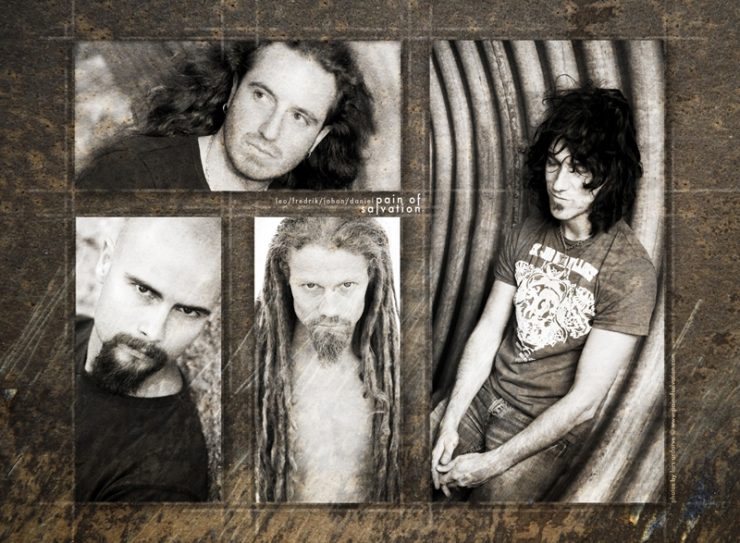 Pain of Salvation is a Swedish progressive metal band led by Daniel Gildenlöw, who is the band’s main songwriter, lyricist, guitarist, and vocalist. Pain of Salvation’s sound is characterised by riff-oriented guitar work, a broad vocal range, oscillation between heavy and calm passages, syncopation, and polyrhythms. Thus far, every album released by the band has been a concept album. Lyrically, the band tends to address contemporary issues, such as sexuality, war, the environment, and the nature of God, humanity, and existence.

In late 2001, Pain of Salvation recorded their “breakthrough” fourth album, Remedy Lane, which was almost entirely written during a two-month period from August to September 2001 by Daniel Gildenlöw.  The album was released in January 2002. During the Remedy Tour, Pain of Salvation opened for Dream Theater.

Later on the the band released a two-part album series called Road Salt.  Road Salt One was released on 17 May 2010 in most of Europe and on 8 June 2010 in the North America while Road Salt Two was released in September 2011.

Daniel Gildenlöw has also been touring as the 5th member of Transatlantic for the past few years and even sings on the latest album on the track “Into the Blue.”  It was announced recently that he had to withdraw from the Transatlantic tour due to illness.  On Jan 22 he posted that he had been feeling better.