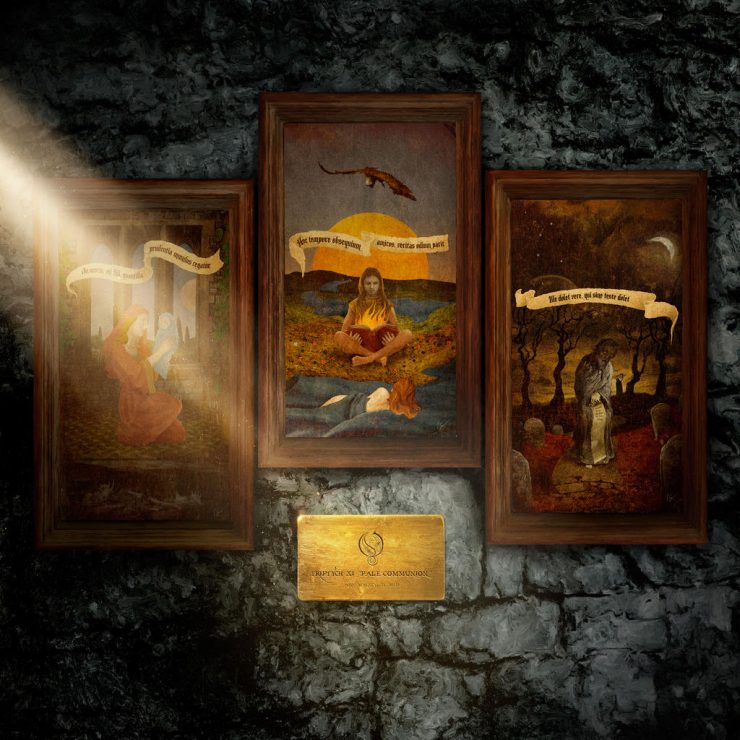 Review of Opeth’s latest album, Pale Communion, released on Roadrunner Records on August 25th in the US.

Opeth had been flirting with Progressive Rock for a long time so when they released Heritage in 2011, it seemed to signify a blow to their Metal roots.  With their latest, Pale Communion, they have completed the transformation fully.  Once again, the growling vocals have given way to more harmonies and the assault of metal guitars has moved aside for more keyboards and strings.  In the end, however, Opeth are better off for the change as they now stand as another group leading the way in Progressive Rock.  For some long-time fans this might come as a disappointment, but musically Pale Communion is diverse, melodic, heavy, interesting and though provoking.  Obviously continuing his growth as a songwriter and storyteller heavily influenced by his partnership with Steven Wilson, Mikael Åkerfeldt has reinvented the band to its core and thereby set the stage for the group for the next decade and more.

Kicking off with what almost sounds like a middle of a song, the opening track “Eternal Rains” immediately demands your attention.  The first section of the song showcases the organ as a lead instrument, but quickly drops out to build into a Steven Wilson-esque piano and guitar passage.  The band return again with the organ front and center setting the stage for the group vocals singing “Eternal Rains Will Come.”  This brilliant track might be one of the best Opeth songs.  The music naturally evolves without any forced change or transition all the while building to a fast paced middle eastern solo ending.  The song is over too soon.

The lead single and second track “Cusp of Eternity” is the closest the band get to a driving metal beat on this album.  The choral vocals throughout the song and at the end give a gothic feel to the song but also make it very memorable.  As the longest and most intricate song on the album, “Moon Above, Sea Below” is where the Mikael Åkerfeldt really sounds like he has been listening to SW’s “Raven that refused to sing.”  “Moon” is the most cinematic on the album as well, going from heavy to somber to slow to a great epic ending, carrying the listener through a myriad of emotions.  The ballad “Elysian Woes” evokes Hackett-era Genesis with the focus on many acoustic guitars.

“Goblin” is a very progressive instrumental, with elements of 70’s rock, while “River” begins as what might be the group’s most commercial track ever.  This is a beautifully written ballad that not only builds a mood, but has the payoff in the chorus, making it a candidate for, dare I say it, a radio single?  Well, maybe not…the middle to end is some of the most complicated and intricate playing on the album, making this song a true highlight.  It is in many ways the combination of everything the band has been trying to do in recent efforts.

The albums final two songs are both epic in nature.  “Voice of Treason” is grand in scope and the heavier of the two songs, while “Faith In Others” is more subdued and personal.  It is an incredible piece of music, almost classical in nature, that builds beautifully and then slowly fades; A fulfilling and, somehow, uplifting ending to a concise, focused and highly impressive collection of songs.  This is an album in the truest sense of the word.  It deserves the focus and time to experience it as a whole.  It is undoubtedly one of the year’s best albums.