Next To None supporting Haken on North America dates 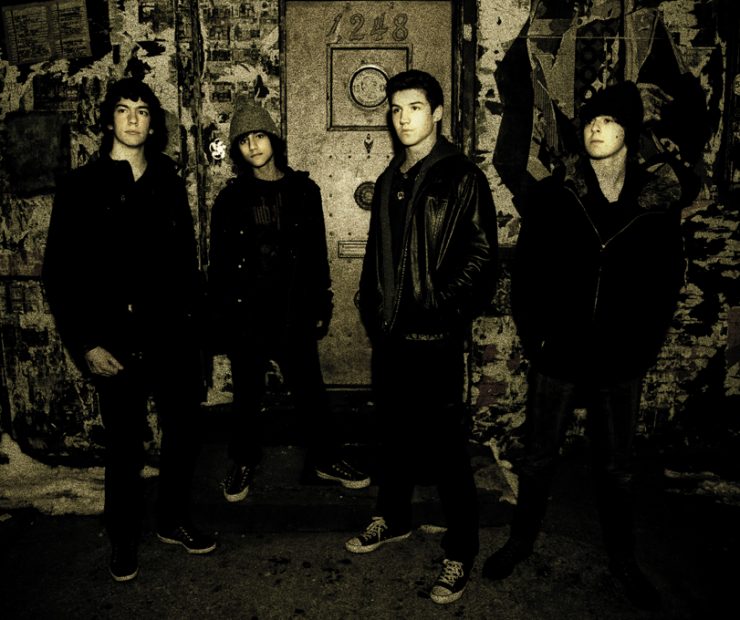 Next To None, the teen prodigy band recently signed to InsideOut, will be opening select shows for English labelmates Haken on that band’s April/May US tour beginning on April 25th.

The band features Max Portnoy on drums, Ryland Holland on guitar, Kris Rank on bass, and Thomas Cuce on keyboards and lead vocals. The band have been honing their craft for several years, recording a self-released EP and playing various live gigs, including a slot at the Progressive Nation At Sea 2014 cruise.

Next To None’s debut album, A Light in the Dark, is due for release on
June 29th in Europe and June 30th in the US.

Haken Next To None prog rock tour