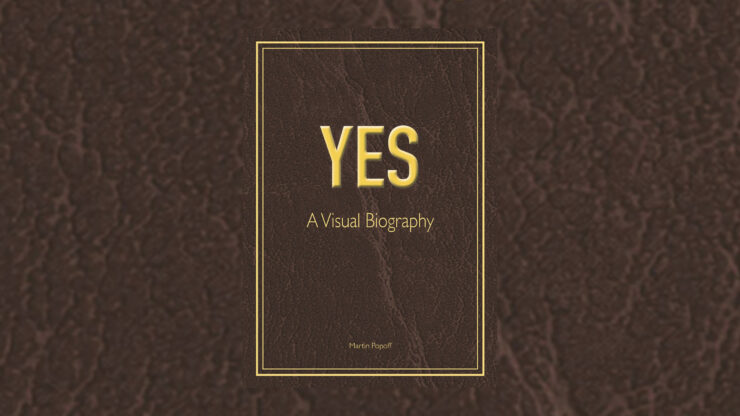 Yes, A Visual Biography, written by rock writer Martin Popoff, is to be published by Wymer Publishing.

Yes: A Visual Biography will be published this coming Friday, July 9. The 224 page, A4 hardback book “documents the progressive rock pioneer’s first twelve years from the release of their eponymous debut album through to 1980’s Drama: A suitable name for a band whose career has been full of drama as documented in Popoff’s narrative that charts Yes’s ups and downs as the band glided out of the sixties with a full-on assault on the seventies music scene that saw them become one of the biggest acts in the world—selling out venues from New York’s Madison Square Garden to London’s Wembley Arena.”

Weighing in at over 1.5kg this large format coffee table book is fully illustrated throughout, documenting the story visually from the late sixties through to 1980. As well as an abundance of concert images the stunning photographic content is topped off with many off-stage shots including a selection of photos taken at Morgan Studios in London during the recording of 1973’s audacious and extravagant Tales From Topographic Oceans.

The book is available here: https://www.wymeruk.co.uk/webshop/books/rock/yes/yes-a-visual-biography/