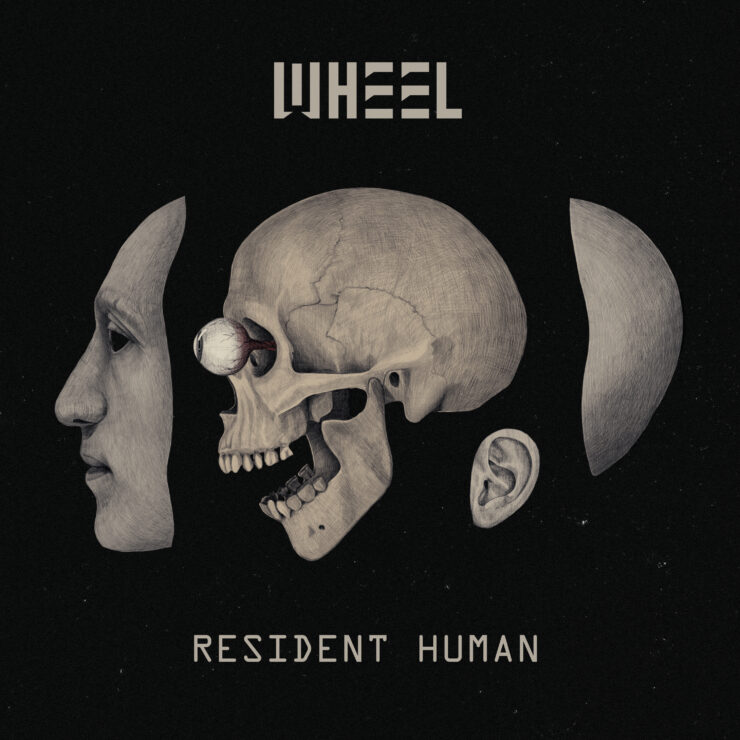 Formed in 2015 in Finland, prog metal group Wheel have seen a steady rise in notoriety in the last few years. This should increase even more so with the release of their latest album, Resident Human. Out on March, 26th, the album is the second full-length album, coming the release of the album Moving Backwards in 2019. The group were poised the release the album a bit earlier and tour the US, but as has been the case with many bands, Covid had other plans. Refusing to be derailed entirely, the band released the album in the middle of the pandemic and have been receiving much deserved attention.

What makes Wheel unique is the group’s combination of hard-hitting social commentary in their lyrics and completely captivating musical elements.  The production is pristine, the tone dark and heavy, with the intensity dialed all the way up.  Singer James Lascelles’ voice fits perfectly here, delivering the message with the right amount of emotion and power.  Meanwhile, the group’s rhythm section of Santeri Saksala (Drums), Aki ‘Conan’ Virta (Bass), and Jussi Turunen (Lead Guitar), provide the balance between being technical and somehow groovy at the same time. The mix allows all the instruments to breath; the bass is upfront while the guitars fill just enough spaces.

The album opens with the track “Dissipating”, a nearly 12 minute opus. Kicking off with an ominous sounding guitar, you are immediately drawn in and the anticipation of what’s to come continues to build from there.  The track weaves in and out of melodic moments and is a great way to introduce the grouping of songs.

The album’s second track and first single “Movement” also has one of the more intense videos you’ll see this year.  There is a Tool influence here which is undeniable, but also a but more immediacy to the tracks. The tribal drums and odd dissonant guitars are a perfect combination here.  Other powerful moments are the tracks “Hyperion” and the title track, both clocking in at over 10 minutes.

This is an album that demands your attention and multiple listens, but the listener is rewarded with one of the more interesting and unique albums from a new band in a long time.  Wheel are a band you should definitely get to know and Resident Human is as captivating and intense an album as you’ll hear in 2021.