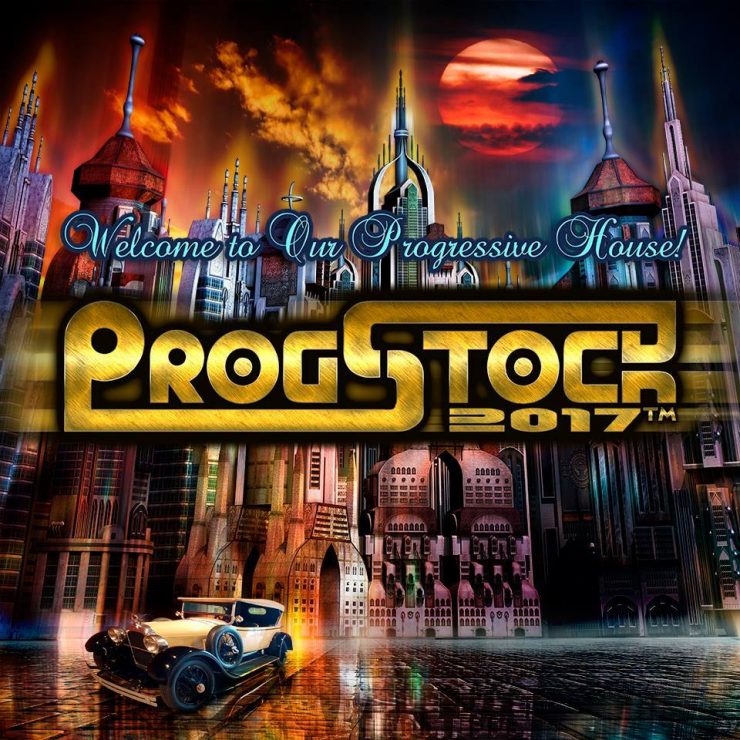 Whether you are an avid progressive-rock concertgoer, or you just simply love the genre and wonder whether there will be a chance for you to attend to a Festival with a varied line-up of well-renowned bands without making your wallet scream, today we’ve got some news to share that probably will paint a smile on your face.

After a long, dare we say nerve-wrecking, crowdfunding campaign with Pledge Music, the newest North American 3-day Progressive Rock Festival, ProgStock has surpassed it’s goal and will become a reality October 13-15, 2017 at the Union County Performing Arts Center in Rahway, New Jersey. IT guru and prog-rock junkie Thomas Palmieri (recently interviewed by Prog Magazine in its issue 77 about how and why he envisioned the festival and became its main organizer), announced on July 28th the wonderful news during a live appearance at The Waiting Room with The Prog Doctor on The House of Prog. Here’s what you need to know:

What’s the ProgStock story? Firstly, even though a handful of fun Prog gatherings exist around the globe, many artists are eager to play in the Northeast United States during the autumn months, where and when not much else in Prog circles takes place. Secondly, prog-fans are always seeking a comfortable, classy venue to see their favorite bands perform, and if you add a great host town that’s close to a huge airport and regional rail transportation… No need to explain further, right?

What does the artist line-up look like? Headliners will include Glass Hammer, Echolyn, Karmakanic, and The Tangent. Supporting acts will include Randy McStine (presenting The Music of Kevin Gilbert, with Nick D’Virgilio, Don Carr and Lloyd Landesman), Aisles, Rachel Flowers, Peter Jones (of Tiger Moth Tales), Francis Dunnery, 3RDegree, Circuline, The Tea Club, Cell15, and Resistor. And to top that off after-hours acts include EchoTest, Rani Chatoorgoon, Jason Rubenstein, and Simon Godfrey. You can check a more detailed schedule including time slots for each band by visiting here (http://www.progstock.com/2017/artists-schedule/2017-schedule/)

What about the tickets? The festival follows an interesting new approach, called Boarding Groups. The idea is to deliver the same awesome festival experience to everyone, as much as they can, so there won’t be “VIP” or “Super VIP” or “Super-Duper VIP” options. For them, everyone is a VIP, so everyone will enjoy great shows, be able to meet-and-greet the artists, and mingle all weekend long with the artists and fellow fans. Let’s face it, the front row is not everyone’s cup of tea. So, they came up with this concept, kind of mimicking the way the airlines works.

The fans will have the option to tailor their experience by selecting a boarding group, which will define the seat selection inside the theater. All three boarding groups include admission to all three days of the festival. Boarding Group #1 receives first access to select any available seat in the theater, followed a short while later by Boarding Group #2, and finally ending with Boarding Group #3. To sum it up: You can choose to pledge a bit more money when selecting your boarding pass to have earlier access to choosing the seat you think is “just right” for you. Clever, right?

The Boarding passes will be available via Pledge Music until August 21st, so if what you have read so far had you salivating you might want to go here (http://www.pledgemusic.com/projects/progstock) before it’s too late. See you all in October!