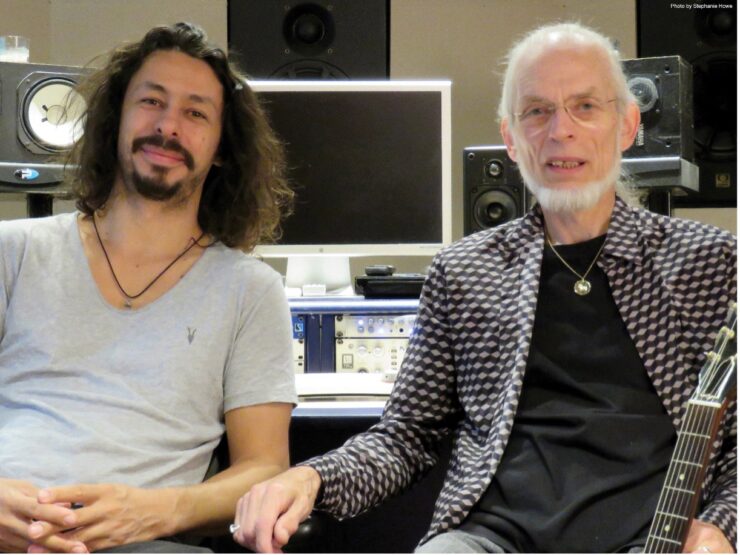 Steve Howe, legendary guitarist with Yes, is pleased to announce the release of ‘Lunar Mist’ – the second collaboration with his late son Virgil Howe who tragically passed away in 2017. Continuing his journey that is fueled by the love and energies he draws from his wife Jan and their family, a passion for the guitar, and of course, the never-ending drive to create and perform music, ‘Lunar Mist’ will be launched on September 23rd, 2022.

Watch the video for the album’s title track here:

Crafted using Virgil’s unreleased material that had a connection in spirit to their debut collaboration ‘Nexus’, Steve compiled everything together in January 2021 to start work. Stemming from an unreleased bonus track, titled ‘Lunar Mist’, from their debut album, Steve worked at expanding on Virgil’s musical ideas. As Steve explains: “I started by writing chord charts for all the other tunes, before adding guitars and bass guitars to embellish them and bring them to completion. In the most part I kept them as he’d written them but sometimes I expanded them with further ideas and improvisation.”

The result is an album that is unique in both musicians body of work. “Virgil shows some different musical characteristics here that were such a joy to play on. There’s more of his great drumming and a broader inventiveness in his compositions” says Steve.

The album will be available on Limited CD Digipak, 180g Black LP + CD & Digitally, all adorned with a front cover painting by Virgil’s daughter Zuni.