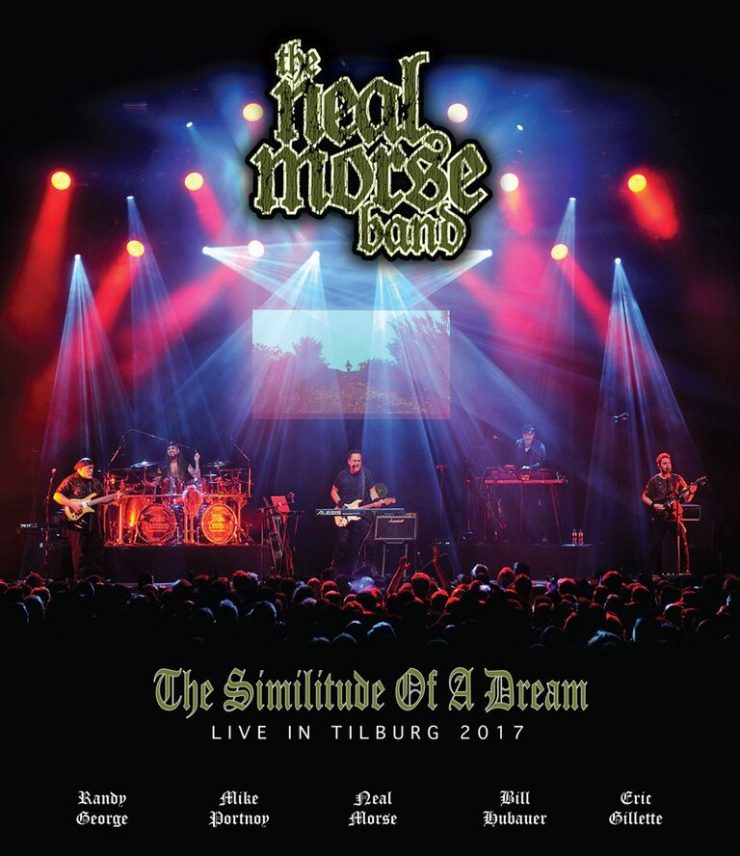 The new live set will be released June 15th.

The Neal Morse Band’s triumphant double-album, The Similitude of a Dream, is the most acclaimed release that Morse has helmed to date. The 2017 tour was their largest yet, including new continents for the band. At the O13 in Tilburg, Holland, the stars aligned for the most commanding performance of the run, captured for live release in stunning quality. “An epic night on an epic tour,” proclaims Neal. Released from Radiant/SONY/Metal Blade, it will be available on Blu-Ray and 2CD/2DVD. Join Neal Morse, Mike Portnoy, Eric Gillette, Bill Hubauer, and Randy George for over two hours of musical magic, as they play the album in its entirety, as well as a four song encore that will leave you breathless!