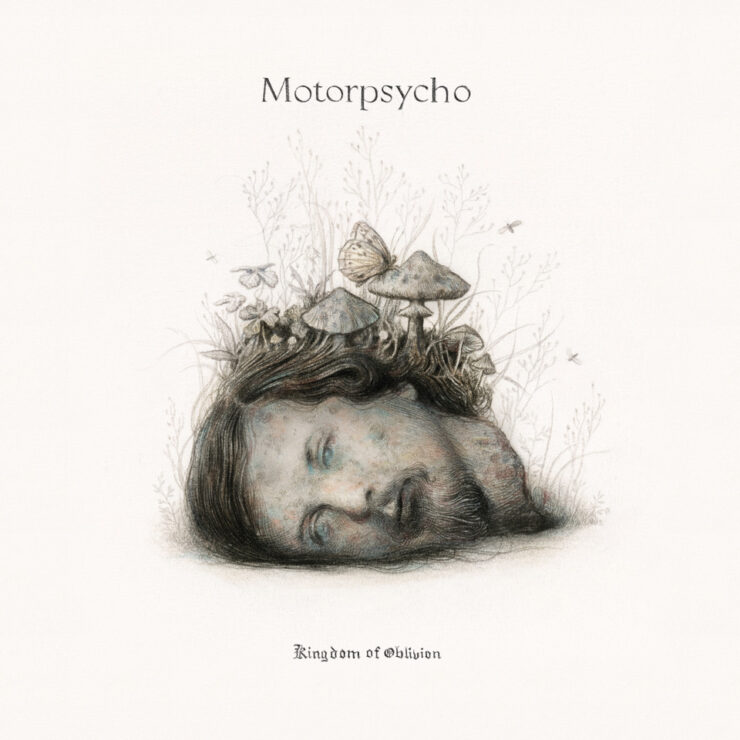 Kingdom Of Oblivion will be out on April 16.

Norwegian proggers Motorpsycho have announced a new album to be released this April titled ‘Kingdom of Oblivion.’ The group’s previous release was the critically-acclaimed 2020 release ‘The All Is One.’  The band shared this message:

“Here in Trondheim, winter is still raging. It’s been dry and cold for weeks, but we have just enough snow to make it feel like a Proper Norwegian Winter, and we’re all healthy and safe. Cold though… Due to the pandemic we had to cancel the remaining postponed Trh x-mas shows in January, and we are really sorry for that – it is a total bummer to not get to play shows at all, but we will be back in strength in time, we promise! We are working with Byscenen on how to get the x-mas gift 7’’s to you all, so hang in there – you will get them! Last week we were told The All Is One is nominated for Best Album in the Rock category at the Spellemannspris awards in April. It is pretty amazing to us that what we do is still appreciated by the general public to the extent that we are thought of as au currant and relevant enough to receive nominations like this, so .. thank you, whoever thought of us over there! Thanks also to Reine, Ola & Lars for helping us make it what it became! It is clear to us that TAIO reached a pretty wide audience, and we are as grateful as ever for all of you taking the time to listen to what we do. It is really imporant to us to not become an oldies band merely dealing in nostalgia, and the only way we can avoid that is by forging ahead and trying to make music that is true to who we are. When you lot show your appreciation by buying the new records and not just baying for the old schlägers, that makes it all feel worthwhile and important, and that is all we can ask. Thank you!
On that subject … we have a new record coming out in a couple of months!

It is called Kingdom of Oblivion.  The first ‘digital single’ – Pt.1 of the song The Waning – should be available online in a matter of weeks at the most, so you’ll get a taste of what it is pretty soon. We are really exited with how it ended up, and can’t wait to lay it on ya!”