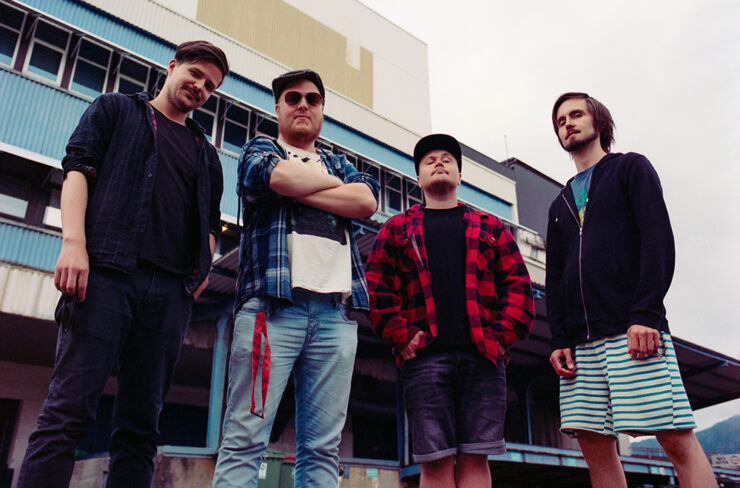 Moron Police are back in action this year with their latest EP – ‘The Stranger and the Hightide’ – officially being released on October 29th to every major music platform around the globe. As diverse, strange, versatile, and oddly eclectic as ever – over four adventurous tracks, the band explores new sonic territory as they build a bridge between their last record and their next one to come.

Check out the mesmerizing title track “The Stranger and the Hightide” here:

When Moron Police made their triumphant return to the music scene, and to the top of the international charts in 2019 with their album-of-the-year nominated record, A Boat on the Sea, it was increasingly apparent the wildly skillful and bizarre band from Norway were surging into the most artistically creative and sonically inspired years of their career to-date. While a worldwide pandemic would attempt to thwart their momentum through lockdowns and isolation, Moron Police would continue to write and record around the clock – refining mind-blowing new material and planning their inevitable comeback to the nth degree. 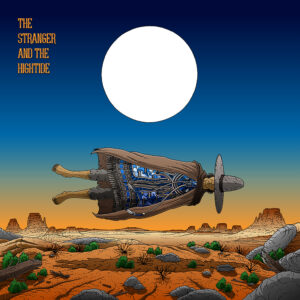 Over the course of four adventurous tracks, the band explores new sonic territory as they build a bridge between their last record and their next one to come. The Stranger and the Hightide EP cleverly infuses Western-Rock vibes into the hybrid spirit of Moron Police, expanding their sound with the use of stunning instrumentation that includes everything from banjos to prepared-piano, soft and melodic acoustic guitars to scorching hot electric, insatiable basslines, thunderous drumming, and a thrilling storyline concept that ties it all together – The Stranger and the Hightide EP dives straight into the heart of darkness, and into the light beyond.

The band had this to say about the new EP:
“The new EP is very different from A Boat on the Sea. Very different, but very cool. It’s a sidequest of sorts, abandoning the oceanic depths for tumbleweed and dust—favouring a more simplistic approach to its instruments and compositions. The truth of the matter is; we have far too many songs flying about, and many of them sound too radically different to feature on one of our main albums. But they still deserve a home, so they will be released as EPs. There will be many more EPs in the future, but this particular one has a connection to our next main album—a connection we will not divulge here! The Stranger and the Hightide has a western rock-feel. Twangy guitars, Hammond Organ, vintage tape machines, and a decidedly more “live” sound to it. It was mixed by returning cowboy Mike Watts and mastered by Karl Klaseie, Øra Mastering. The artwork was done by Thomas Falla Eriksen, evoking the style of the French surrealist Moebius, and the aesthetics of French graphic novels from the 1970s.”