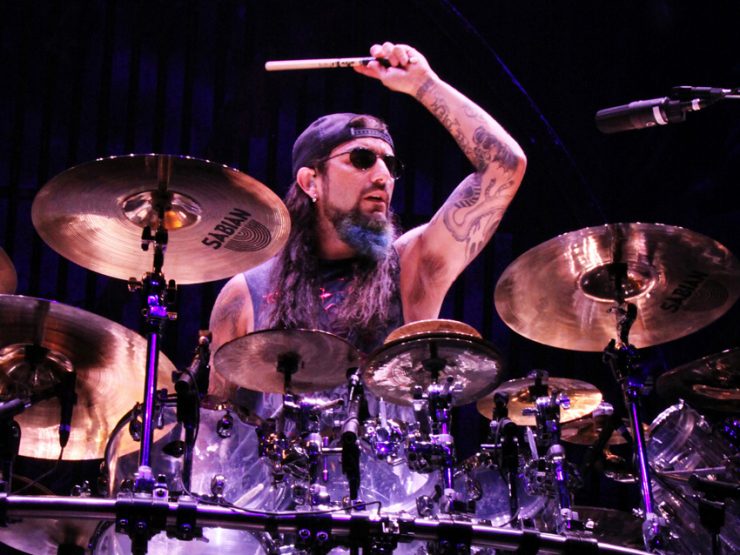 Prog-God Mike Portnoy has secretly been working on a new project and has now finally revealed that he’s been recording his first “full-blown” heavy metal album.

He recently posted a picture of himself with Testament guitarist Alex Skolnick and Megadeth bassist David Ellefson on Facebook so speculation is that it will be with this group of musicians.

He told website MP Warriors: “There’s another album I just finished the drums and the writing on – and it’s my full-blown first full-on metal album. We wrote it in December and January, I tracked my drums in January, and we’re about to do the guitar and bass tracks.

“It’s pretty obvious that it’s stemming from my Metal Allegiance experience. I’m getting to do double-bass shredding drumming that I’ve only been able to hint at with Dream Theater, Avenged or Adrenaline Mob.”

He continues: “This album is really a kind of history of metal. There’s moments that are early metal – very Sabbath-esque and then there are moments that are full-on mid-80s thrash: Exodus, Slayer and early Metallica.

“Then there’s moments that get more into 90s Alice In Chains – so it’s almost a good history-of-metal sort of album. But I definitely got my metal chops in. It’s been fun and really, really cool. I can’t wait for people to hear it.”

Portnoy also is back working with Richie Kotzen and Billy Sheehan for The Winery Dogs’ second album and can now be heard as part of The Neal Morse Band who issue The Grand Experiment on February 16. It’s the 16th studio album the drummer has recorded with the former Spock’s Beard frontman.