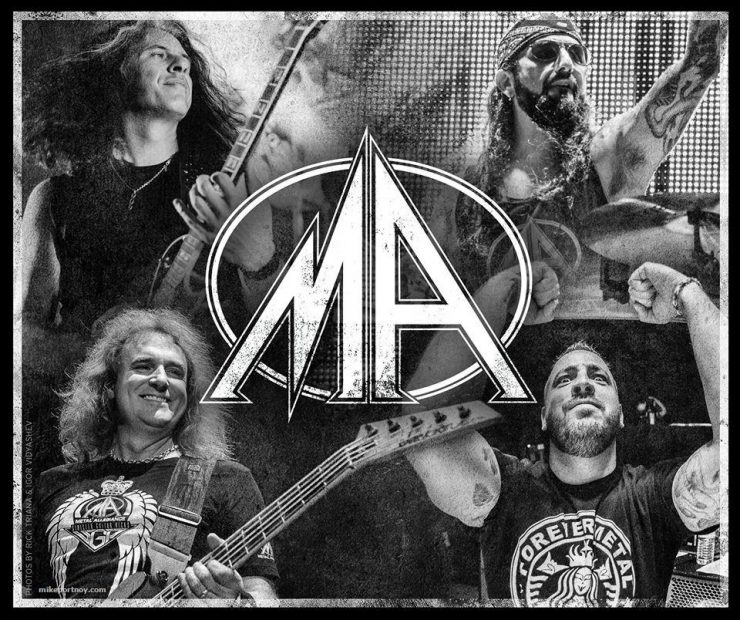 Metal Allegiance, the all-star collective led by Mike Portnoy and friends have officially announced they have moved from only being a touring act to one with an album in the works.  The group has just inked a new record deal with Nuclear Blast Entertainment and they’re planning a new album of original material due this fall.

Mark Menghi, Metal Allegiance’s principal partner brought together Megadeth‘s David Ellefson, The Winery Dogs‘ Mike Portnoy and Testament‘s Alex Skolnick to begin writing material for an album and keeping the “all-star” concept in mind, the musicians then reached out to some of their rocking pals to put a stamp on the songs. The album will have nine brand new tracks and will feature a host of guest vocalists and others.

Stemming from an initial idea in 2011, Metal Allegiance was born as a way to unite a collection of hard rock and heavy metal’s most notable musicians in a setting born under one ideal, a love of music and performing. In 2015, that ideal still holds true and has become the foundation for everything Metal Allegiance; furthered with the release of the upcoming debut album. While the lineup may change, the passion, the energy and the emotion all remain the same. 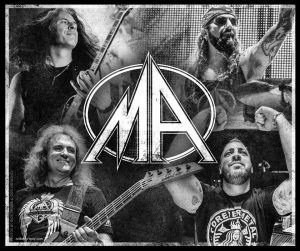 Upon signing Metal Allegiance, Nuclear Blast president Monte Conner stated, “I am incredibly fortunate to be able to work with legendary musicians and personal heroes like David Ellefson, Alex Skolnick and Mike Portnoy, as well as Metal Allegiance founder Mark Menghi. These guys wrote an amazing and diverse record that is 100 percent pure metal, and lined up some killer guest vocalists and lead guitarists to bring it home in an epic, shredding fashion — just the leads on this record alone will blow people away!”