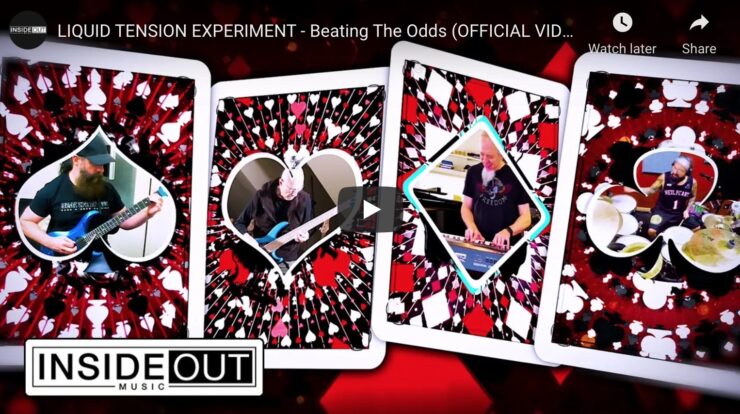 LIQUID TENSION EXPERIMENT, the legendary supergroup comprised of Mike Portnoy (Transatlantic, Sons of Apollo), John Petrucci (Dream Theater), Jordan Rudess (Dream Theater), and Tony Levin (King Crimson, Peter Gabriel) recently announced their return with a new album titled ‘LTE3’, due to be released March 26th, 2021. Now the band have shared their second single from the upcoming album for the single “Beating The Odds.” You can watch the video, created by Christian Rios, here:

“This was a riff that I brought into the sessions that I thought was interesting because it’s in an odd time and phrased in a way that is hard to wrap your head around at first until you understand where the groove is. When I first presented it to the guys, their initial reaction was “how are you feeling that?” When the band enters after the opening riff it probably sounds a little ‘odd’ because the time signature is a bit unclear until the song gets going. If LTE ever had a ‘prog pop hit’ this would be it!”
-John Petrucci

“I remember the look of confusion on ALL our faces when JP started playing that opening riff! It’s was seemingly so straight ahead but with a bizarre rhythmic twist! Took a while to internalize that but then we all loved it! One of the great things about LTE is the fact that we just let ourselves loose and have FUN!”
-Jordan Rudess

“ ‘Beating The Odds’ is the 2nd song we wrote in the LTE3 sessions. I jokingly referred to it as “the feel-good song of the Pandemic” in the studio as it has a very upbeat happy feel to it…but also takes a few cool musical twists & turns ranging from the glorious melodic chorus & end vamp to the dark driving solo sections”
-Mike Portnoy

“Starts with an off-step riff, kind of like walking upstairs backward, but at the repeat you get it. Then it opens up into “anthem land.”. Later there are unison bass lines where both Jordan and John got flangy sounds that work well with the bass. Mike’s unstoppable energy is evident here, and we’ve got more fantastic J&J solos. At only five and a half minutes we start fading out… a short song by our standards. But we’re just getting warmed up.”
-Tony Levin 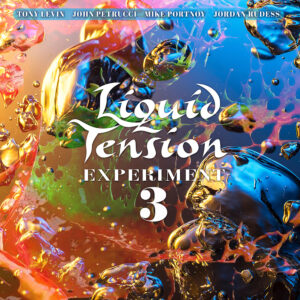