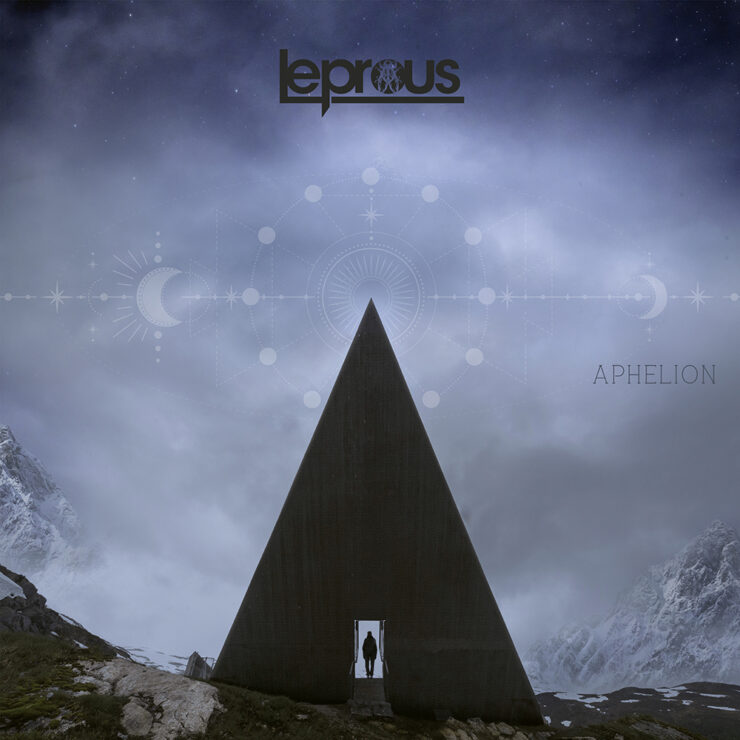 Leprous is a household name in the modern progressive metal. The Norwegian band is well known for its diverse catalogue and creative approach to song writing. Led by the incredible vocalist and multi-instrumentalist Einar Solberg, they’ll release their latest album Aphelion, on August 27th, 2021. Although releasing a new album now wasn’t part of their original plan, the pandemic gave them enough time and creative output to keep their streak of releasing studio albums every other year.

Check out the new interview with Einar Solberg here.

Even though Leprous’ release output is constant, that doesn’t mean a new album is any less of a monumental event. Lyrically, Aphelion continues themes from their previous album Pitfalls, about mental health, anxiety and depression, and develops them even further. According to Solberg, the best way to describe the album is the word used in its own title – “Aphelion represents the point in the path of an object’s orbit when it is furthest away from the sun” – a callback to the challenges each of us faces in real life, and the strength we need to power through it.

There have been a couple of tracks that were released before the album. Among these singles is the opening track “Running Low”. This sets a dark tone with its haunting piano and strings underneath the opening vocal lines. As the song goes on it takes a drastic turn into its chorus, which has more of a poppy feeling mixed in with its complex instrumentation – another element constant in the band’s catalogue.

The other two singles are also real highlights of the album, “The Silent Revelation” being my new “go to” track when I need to introduce someone to Leprous. The main riff is funky, carried by Baard Kolstad’s classic elaborate drumlines. Also present here (and on every other track) are the evergreen “aahs” the band is so well known for, and revered for maintaining the quality in their chorus – they never seem to be overused. Earlier single, “Castaway Angels,” takes a different approach in tone – a much more laidback ballad that develops and climbs to higher and higher octaves as it reaches its climax. This particular track was recorded live in a different studio and is a good display of their potent musicianship as live performers.

Continuing on in track order, the second track “Out of Here” is another slower track with beautiful vocal harmonies. Even though it shares a similar structure to “Castaway Angels” in the way it evolves, “Out of Here” has a different and darker vibe that makes it stand out. Next track “Silhouette” was an instant favorite upon first listening to the album. High energy and fun song with an amazing application of bass synthesizers which reminded me of their acclaimed album Malina. “Silhouette” is surely going to be a fan favorite and an incredibly fun song to experience in a concert setting.

Rounding out the first half of the album are a couple of brilliant tracks that bring Aphelion’s dramatic approach of marrying lyrics & music and take it to a new level. “All the Moments” takes a while to get going but when it does, it’s explosive. The slower bridge in the middle of the song is one of my favorite parts of the album – atmospheric piano & string layers perfectly accompany sincere & moving vocals by Einar. On the other hand, “Have You Ever?” takes a more mysterious tone. Within the theme of the whole album, it makes you feel like you’re lost in time – the drums are akin to a clock tic-toking, trapping the listener into a wall of sound. While the rhythm elegantly develops, the song still manages to sound beautiful in such an ironic manner. Certainly a stand out moment in Aphelion.

A unique way I’ve found to experience Aphelion is to read its lyrics while listening to it – it really augments the experience into either a more relatable one or a good empathy exercise. This is especially the case on the next couple of tracks.

“The Shadow Side” is a song about coming to terms with yourself and what goes into recognizing your own identity. Musically it takes this idea and transforms into one of the strongest moments in the album. While most of it is focused on the unique vocal lines and strings, it closes out with an amazing guitar solo. Those might be a rare occurrence within Leprous albums, but when they come around they really make an impression. And speaking of making an impression, “On Hold” is next on the tracklist in that firmly is one of the highlights of Aphelion. In here is where you’ll find Einar’s best vocal performance yet – and there’s a pretty high bar for that.

To close out the album, “Nighttime Disguise” is track that is sure to please longtime Leprous fans. An impressive song from a technical standpoint, this one was made to close out with a bang. A dense composition with lots of ground to explore, “Nighttime Disguise” finishes the record with a brutal final section that brings back the death metal growls – using it as a tool to accentuate its intensity.

I don’t normally struggle to pick key songs from albums I review, but Aphelion is a case of its own. Every song brings something unique to the table and it feels almost like a disservice to the others to single any one of them out.

The dynamic range present in Aphelion is honestly astounding. For a band that developed their identity within their own sound, it’s amazing to see they can still make such a diverse album covering all their elements. From incredibly technical compositions, aggressive riffs & intricate vocal lines to deep, emotional and personal lyrics, Aphelion manages to give everything a Leprous fan would want. And not only that, it is accessible enough to new fans as a very fitting introductory album. Aphelion is a dramatic display of emotion through technical music and everything within it is executed flawlessly.

Released on Aug 27th, 2021 on InsideOutMusic
Key tracks: The Silent Revelation, Nighttime Disguise, The Shadow Side