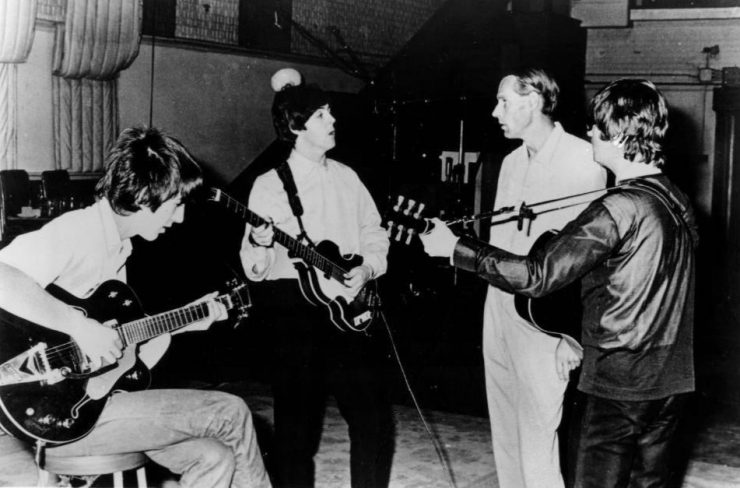 Martin contributed to expanding the sound of the Beatles from the early boy-band days to the band that set the standard for popular music.

Sir George Martin, the brilliant music producer known for his work with the Beatles that helped redraw the boundaries of popular music, died Tuesday, according to his management company at the age of 90.  Martin died “peacefully at home” in England.

Martin contributed to expanding the sound of the Beatles from the early boy-band days to the band that set the standard for popular music.

This message was posted on the Beatles’ Facebook page:

“We were sad to hear the news of Sir George Martin’s passing. Our love and thoughts are with his family today.

It is impossible to overstate the significance of George’s contribution to the Beatles’ music and the strength of his relationship with the band. He was a member of the family. We will always miss and remember him with admiration and love.

Paul added on his own page a word about how Martin helped the classic track “Yesterday” become the song we know today.

“He took my chords that I showed him and spread the notes out across the piano, putting the cello in the low octave and the first violin in a high octave and gave me my first lesson in how strings were voiced for a quartet. When we recorded the string quartet at Abbey Road, it was so thrilling to know his idea was so correct that I went round telling people about it for weeks. His idea obviously worked because the song subsequently became one of the most recorded songs ever with versions by Frank Sinatra, Elvis Presley, Ray Charles, Marvin Gaye and thousands more.”

Ringo also posted a nice sentiment as did hundreds of others. 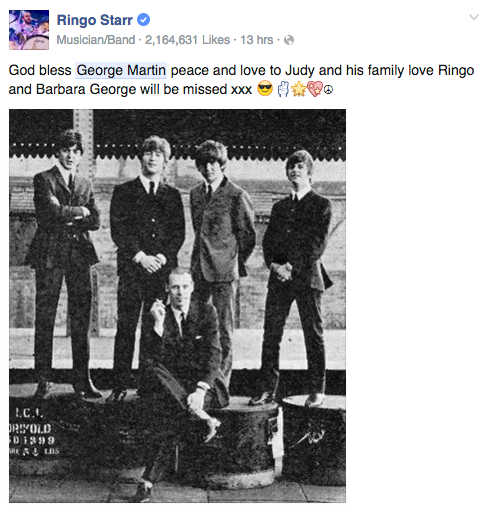