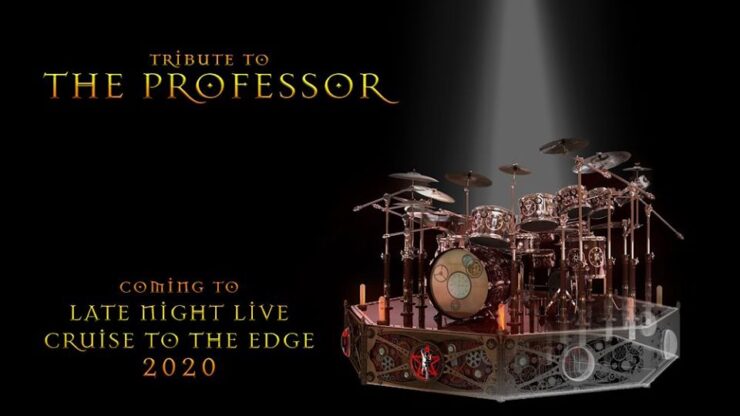 One of the funnest and most enjoyable events on Cruise to the Edge has come to be the annual Late Night Live Prog Experience, a nightly showcase of some of the best prog songs ever made performed by the guests on the ship with some surprise appearances by members of some of the performing bands on the ship. Spearheaded by Rob Rutz, the project’s emcee-coordinator and with the full backing of music cruise producer On The Blue (OTB), Cruise To The Edge’s Late Night LIVE Prog Experience may be the largest live Prog pro-am stage project on earth. Organizers are unaware of anything that resembles it, especially since it is hosted on the second-largest indoor stage on a cruise liner.

“Indeed, all music cruises have passenger singalong bars, which is great,” says OTB’s Larry Morand. “We recognized, though, that CTTE’s Late Night LIVE Prog Experience deserved our production company’s resources to give it sea legs. Late Night LIVE’s 11:30 p.m.-3 a.m. stage operates like any other pro stage on the ship, replete with a full backline, engineers and ample space, but it’s up to the passengers to organize, plan and coordinate the eventual five-night showcase. Replicating something like this anywhere else would be daunting. Today, safe to say, Late Night LIVE has earned its onboard motor,” added Morand.

This year there is also a planned tribute to the late great Neil Peart so don’t miss it.