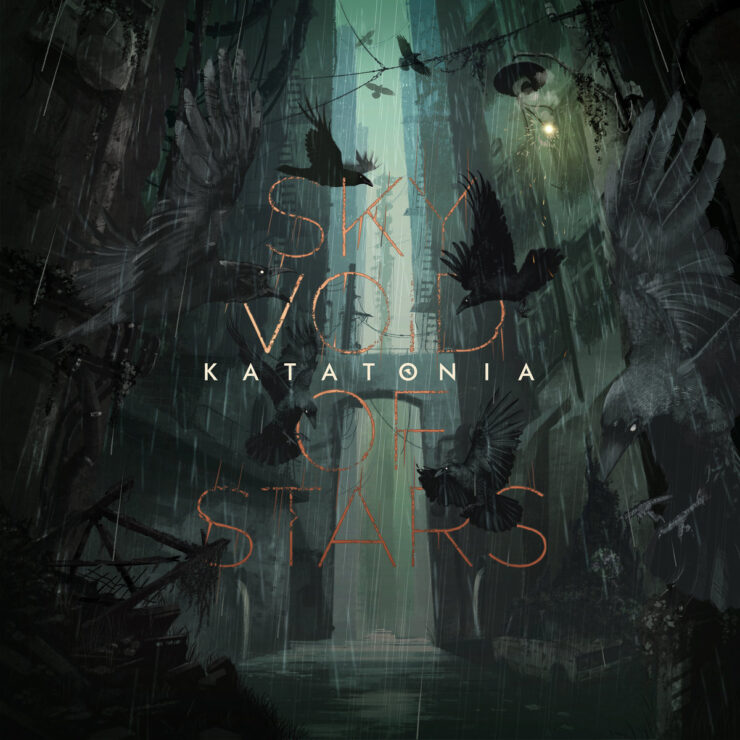 Review of the new Katatonia album ‘Sky Void of Stars’

Like many bands hit by the pandemic over the last few years, Sweden’s Katatonia were affected in the early period of 2020. Their last album ‘City Burials’ was released in April 2020 just as things were beginning to turn downwards. The album promotion was affected and the subsequent tour postponed. The band kept busy, releasing a live album and a couple of compilations, but they also used the time to work on new material. The result is the band’s twelfth album ‘Sky Void of Stars’ released on Jan 20th, 2023. And the hard work has resulted in perhaps one of the best albums in the group’s illustrious career.

Vocalist Jonas Renske carries on from the last album as the sole writer of the material, which could be why it is such a cohesive collection. While there are dynamics throughout, there is a prevailing tone in the material which the band describe themselves as “a dynamic journey through vibrant darkness.” Equally, the music is powerful and dramatic and the production immense. From the immediacy of the opening track “Austerity” where the vocals and pounding drums come in together as the song begins, you know are in for a ride. That song also possesses one of the album’s most memorable choruses. It is the perfect combination of what this band does well in one track.

From there we are treated to a variety of tempos and moods, each one offering something unique. “Colossal Shade” has a relentless groove and killer guitar hook.  Meanwhile, the third track “Opaline” is a unique mix of Linkin Park and Tool, with electronic and keyboard elements layered beneath harmonized vocals.  The track builds to a very uplifting and cathartic moment as the song nears its conclusion, with an almost dance-like beat driving the track by this point.  The album’s 3rd single “Birds” follows and continues what amounts to a very commercial leaning first third of the album with another memorable hook.

The album steers a little to a more reliable style with the next batch of songs with tracks like “Author” and “Impermanence” offering some darker, more metal moments. Until we are led to the album’s 9th track and first single “Atrium” a standout track and absolute smash hit of a chorus.  The album closes perfectly with the tracks “No Beacon to Illuminate Our Fall”, one of the heaviest on the album, before closing with the heavy groove of “Absconder.”

‘Sky Void of Stars’ may not be the band’s most progressive album, but it is certainly one of their most entertaining and powerful. There is a liveliness and freshness to the material here that is undeniable.  Katatonia have a brilliant record on their hands and one that absolutely should be listened to repeatedly.