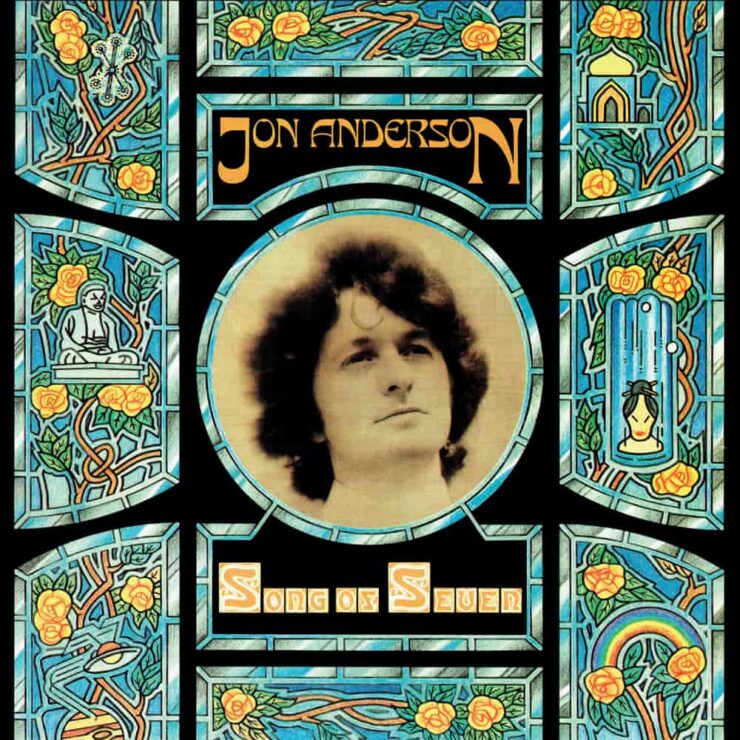 Esoteric Recordings are pleased to announce the release of a new remastered and expanded edition of the 1980 solo album by JON ANDERSON, SONG OF SEVEN.

The album was recorded during Jon’s first hiatus from YES, with whom he had become an internationally known vocalist and songwriter and followed on from his 1976 solo album OLIAS OF SUNHILLOW. Working with keyboard player RONNIE LEAHY, Anderson created an optimistic album of varying influences and he gathered together a fine ensemble of musicians to assist him such as celebrated bass players JACK BRUCE and JOHN GIBLIN, guitarists CLEM CLEMPSON and IAN BAIRNSON, saxophonist JOHNNY DANKWORTH and percussionists MORRIS PERT and SIMON PHILLIPS.

SONG OF SEVEN was a UK top forty hit upon its release by Atlantic Records in November 1980 and spawned a solo tour which established Jon Anderson as a regarded artist in his own right. This Esoteric Recordings edition has been newly remastered from the original Atlantic Records master tapes and is expanded to include two rare US single edits previously unreleased on CD and restores the original album artwork in a digipak. The booklet also features a new essay with an exclusive interview with Jon Anderson.

So great to listen again to where I was musically 40 years ago…still dreaming the same dreams, and in my early years of orchestration ideas…very gentle reminders to stay cool…don’t hurry, all will be well, ‘take your time’…wonderful bass work, and all the wonderful friends and musicians just came into my life for a couple of months…Jack Bruce even!!! Everybody Loves you, but I love you a little bit more…sweet lyric, and then the wild and crazy Song of Seven lyric..most of it was spontaneous and feeling very open about life…and the mystery of it all…still do….

As always I’m here in my studio still juggling lyrics and music and songs..I’m excited that this can be heard again..

BONUS TRACKS
10.SOME ARE BORN (US SINGLE PROMO EDITED VERSION)
11.HEART OF THE MATTER (SHORT VERSION)