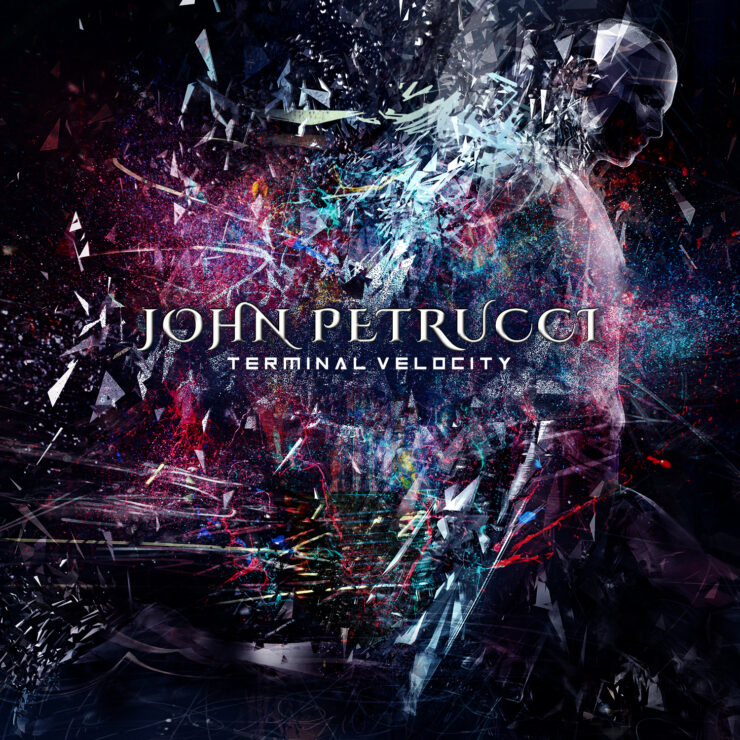 John Petrucci, considered by many as the greatest guitarist of his generation, has just released his first solo effort in 15 years, Terminal Velocity. For the first time in 10 years, he is joined by his longtime musical collaborator, one of his closest friends, and undoubtedly one of the greatest drummers on the planet, the incomparable Mike Portnoy. At the risk of sounding hyperbolic, moments like this don’t come around all that often, and for longtime fans of Dream Theater and Liquid Tension Experiment, this moment could not have come soon enough. If you’re reading this review because you’re wondering if JP and MP were able to recapture their storied musical chemistry, catalogued on over a dozen classic Prog Metal albums, then let me make it clear that they did indeed—and then some. Terminal Velocity is an instrumental guitar masterwork and one of my favorite albums from what has been an already bumper year for the Prog genre.

Check out the recent interview with John Petrucci here.

Petrucci’s supergroup trio is rounded out by bassist Dave LaRue (Dixie Dregs, Flying Colors), who played on Petrucci’s G3 tours and his first solo album, 2005’s Suspended Animation. In an interview, Petrucci expressed lofty, albeit merited, praise for LaRue: “It was awesome bringing Dave back to play bass on this album. He is just such a monster player who can handle anything you throw at him with tastefulness and unmatched musicality. His melodic approach to bass lines along with impeccable technique and groove for days really stands out on these tunes.”

Petrucci began work on Terminal Velocity in March, at the onset of the COVID pandemic, the latter of which resulted in the cancellation of all Dream Theater touring for the remainder of 2020. He spent 5 days a week and over 2 months writing and recording the songs at the DT headquarters in Long Island with longtime engineer James ‘Jimmy T’ Meslin. One thing is abundantly clear after listening to these songs: Petrucci endeavored to make a positive and uplifting album to contrast with the current state of the world. This is further evidenced by the unorthodox decision to release the album nearly two months early on streaming services before its physical release on CD and vinyl towards the end of October. Petrucci stated in an interview that he wanted his new music to be heard as soon as possible, and this gesture is no doubt commendable and appreciated by his legion of fans worldwide, including myself. Terminal Velocity is a balanced, yet eclectic album that works to display Petrucci’s varied songwriting talents—a beautiful album from start to finish, especially if you are a fan of instrumental, guitar-focused music. With that in mind, I’d like to focus on and discuss my four favorite tracks from the record.

“Terminal Velocity” was selected as the debut single for a very good reason. It’s absolute ear candy, and establishes the up-tempo and markedly hopeful direction Petrucci decided to take with this album. From the start, Portnoy makes his presence known by injecting his unique brand of acrobatic, yet musical, drum fills, along with his signature variance of cymbal sounds and textures that are employed throughout.

If you were hoping for something on this album that sounds like vintage Dream Theater, then look no further as “The Oddfather” delivers. The second verse sounds like something extracted directly from Scenes From a Memory, while the rest of the song would fit in perfectly on Awake. Petrucci’s generational talent is on full display here and the rhythm section of Portnoy and LaRue lock in for a complex and fulfilling 6 minutes—my favorite song on the album.

“Happy Song” is a nostalgia-laden throwback to the best of late 80’s, early 90’s Joe Satriani and Eric Johnson mixed with the punk-influenced approach of Avenged Sevenfold and even Green Day. The genre of instrumental guitar has become so technically-focused and robotic as of late, that a feel-good piece like “Happy Song” works extremely well, and has been particularly uplifting as I continue to revisit Terminal Velocity. As stated above, it’s also particularly welcome given the current heavy and austere cultural moment in which we find ourselves.

The opening riff and emotional impact of “Out of the Blue” most reminds me of one of my all-time favorite Steve Vai instrumentals “Tender Surrender”, which itself was inspired by another instrumental “Villanova Junction” by Jimi Hendrix. This is a romantic and enthralling song that gradually builds as Petrucci layers guitars on top, culminating in a satisfying crescendo, while Portnoy and LaRue keep the bluesy, underlying waltz-of-sorts locked down. Mike’s drumming on “Out of the Blue” is some of my most favorite that he’s recorded in years. While subtle, it stands alongside the best he’s done with Dream Theater, The Winery Dogs, and Flying Colors. Most importantly, it perfectly compliments this beautiful song, giving it the necessary feeling and sense of triumph—a balance present only in the best of instrumentals.

The album is filled out by five other fantastic songs: the aggressive banger “Gemini” which features a surprising Latin interlude, the gritty, thrash metal-tinged “Glassy-Eyed Zombies”, the beautiful, yet wistful “The Way Things Fall” with a melody that reminds me of the theme to Beverly Hills, 90210 (and, no—that isn’t a bad thing), the Billy Squier-meets-Whitesnake opening riff of “Snake In My Boot”, and the dense, polyrhythmic treat “Temple of Ciradia” which sounds like a lost track from the Train of Thought sessions. It’s also worth noting that the album was mixed and mastered by Andy Sneap (Judas Priest, Killswitch Engage, Arch Enemy), so it sounds absolutely incredible.

Will Terminal Velocity lead to further collaborations from Petrucci and Portnoy? We can only hope and patiently wait. For now, I can’t recommend this present work enough and I highly encourage you to listen to Terminal Velocity the minute it drops on all digital and streaming platforms on August 28th. Then, go pick it up on CD and vinyl October 30th. Your ears—and your soul—will thank you.

Track listing:
1.Terminal Velocity
2.The Oddfather
3.Happy Song
4.Gemini
5.Out Of The Blue
6.Glassy-Eyed Zombies
7.The Way Things Fall
8.Snake In My Boot
9.Temple Of Circadia