Interview with Tommy Rogers (Between the Buried and Me) 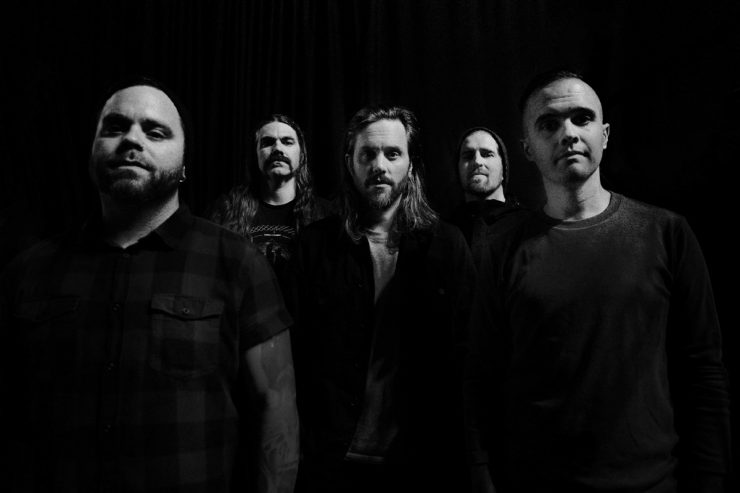 Interview with the BTBAM lead singer on the current tour and new album.

Between the Buried and Me are have just released their new album Automata Pt.1, the first in a two-part release.  They are also currently on tour with Leprous and The Dear Hunter.   Here we catch up with BTBAM singer Tommy Rogers on the new album and tour.  For more info on the tour visit: http://www.betweentheburiedandme.com/

Where did the idea for this album to be split into two parts stem from?

Tommy: Well, we originally wrote it as one piece, as one album, and you know we wrote and recorded it as such. After it was all mixed, there was this part in the album that felt like great intermission and it just felt right. You know, it was something we were like let’s try it, let’s see. You know, let’s give people some incentive to check out the second half a little bit more. I think music comes and goes so quickly now and this way people don’t get everything they want at the moment they want and there’s some beauty in that. I personally love that we did that and I feel good about it. There’s quite a few reasons why we split it in two, but I guess those are the main ones and, as a fan, I mean you’re getting two different moments to get new music by us. Hopefully, it will kind of make the album stand out from their every day album that’s coming out week after week.

What can we expect from Part Two?

Tommy: Part two is very different, kind of takes a different turn, a little more theatrical, possibly more experimental. But it’s all very cohesive with part one. We wrote it all as one album and it all feels really great together and  I think some of the best music is on part two. I’m really excited for people to start hearing that as well.

The band really went a different direction on Coma Ecliptic.  Do you see this material as a continuation of that, or a bit of recapturing some of the more metal moments of earlier work.

Tommy: I think all our music is a continuation of what was before it. We’re in a place where we know we’ve been a band so long and we’re constantly writing every few years and because of that we’re growing up in different ways, as musicians, you know we’re writing differently, the way we write in terms changes . We’re not the kind of band that sits down and discusses what an album is going to sound like. We just kind of all start writing on our own and then once things start to take shape we start getting an idea of where the album is going. With this album there were some moments that were a little heavier but I wouldn’t say we were trying to recapture anything it’s just part of us you know. I think it was very natural coming out of Coma to write this stuff so you know we never know what the next one will sound like and so on and so on.

Where does the idea sound like Millions come from?

Tommy: It honestly was a very natural thing. And the moment we wrote it it was a great moment in the record for kind of a little downtime and it was based off a few riffs. I think Dan put the song together and yeah I think it’s cool to have songs like that on the album that creates dynamics and I think we’ve always been a band that had very drastic dynamics and I really enjoy that song.

How much has the songwriting process changed in the band since you formed?

Tommy: It’s very different since we formed, I mean in the old days it was mainly Paul and I just playing guitar and writing some songs.  With this new lineup I think each album we kind of individually change how we write. I think we each probably have a different idea of how things have changed because we all are consciously kind of evolving how we write. Hopefully, I think we’re getting better and better writing songs. I think now more than in the past we care more about the song and the album as a whole rather than trying to prove something or create these songs where we’re trying to be groundbreaking or anything. For us now we’re just trying to write songs and we’ve always had that mindset but I feel like now we don’t put as much pressure on ourselves and we’re not trying to prove anything at all we’re just trying to be the best band we can be at this moment.

Band members often talk about how they don’t even listen to Metal outside the band. Is that still the case or if so what do you listen to?

How was the 10th anniversary tour for Colors? Was it what you expected?

Tommy: It was amazing. I had no expectations. I kind of always knew that people celebrated that album a lot and kind of held it is one of our pinnacle albums. But you know, you never know if people like it hopefully people will care, it was phenomenal night after night. The energy was so great. It was cool to have that much support from something we did so long ago. We are in a very lucky place to even have an opportunity to do something like that. So yeah I was very happy and the fans seemed to enjoy the tour.

The current tour is really diverse with the different. It just kicked off. How is it this far and how did that lineup come together? Have you been fans of these bands prior to the tour?

Tommy: Yeah it’s going great. It’s such a good lineup. I mean, it’s phenomenal bands. I’ve personally been fans of Dear Hunter for years. Leprous I honestly didn’t really hear much by them till we toured with them and Devin Townsend in Europe last year and they blew me away every night. I’m a huge fan, huge huge fan. And I just love what they do. It’s nice to have a package like this with different bands, really good bands and we like to mix it up. I think as fans of music it’s a cool tour. You know you’re not walking in every night and seeing a bunch of bands that sound the same. So I think it’s a good experience for everyone involved.

Thank you for the interview.