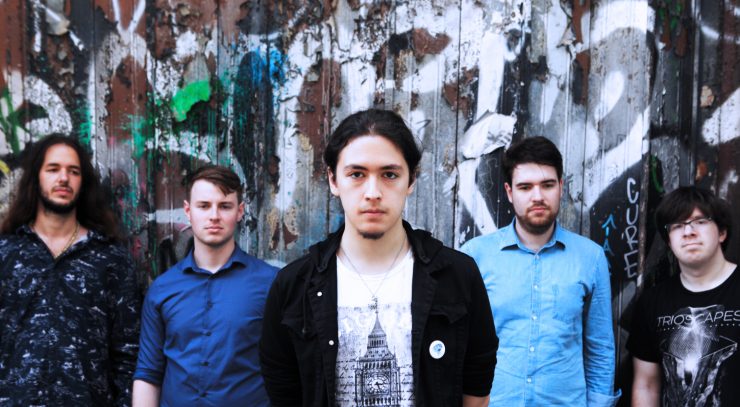 Newcomers Kyros have made quite an impression in the last few years, most notably with their epic double album Vox Humana, which came out at the very end of 2016. With a busy year up ahead including a performance at Rosfest coming up in May, big things are expected from this band out of London. We were able to ask the band about how they got to this point and about the awesome new album.

Prog Report: For those not familiar with the band, talk about the history a little bit. How did you guys form?

Kyros: We’re a bunch of mates. We all happen to have similar interests in terms of musical tastes and interests. We all like progressive music and alternative stuff that stands out from the norm. Originally, this started out as a solo project of mine but I’ve always wanted to form a band so I made it a mission to do exactly that. I met everyone in the band either through uni, through other people or the internet! And well… here we are.

PR:Why the name change for the band?

K: There were other bands that went by the name of ‘Synaesthesia’, and unfortunately when it came to our plans – it made much more sense to make a fresh start with a fresh new name.

PR:Were other London prog metal bands like Haken influences on you?

K: Haken, as well as being mates of ours – are certainly a huge influence on us. Ray (the drummer of Haken) also plays Tuba and can expertly arrange a brass section. So we got him to do exactly that for Vox Humana.

PR: The new album Vox Humana, what drove you guys to come right out with a double album?

K: We don’t really do things by half measures. If it feels right, we do it. Regardless of logistical setbacks or worries. To us, it felt right to release this as a double – both because of the differences in musical styles and approaches between the first half of the album and second half and also because of the way the album is set up story-wise.

PR: What is the album about?

K: The album is about a man who struggles to ever integrate with society. From a young age, he seeks comfort from technology and video games rather than other people. As he grows up, he moves away from society to a secluded shack he finds out in the country away from the city. With his knowledge of technology, he decides to go out of his way in attempts to build his perfect idea of what a human companion should be.
As his android companion comes to life, we discover how this creation feels about human emotions and experiences. Getting to grips with what his purpose is and why he was built. Eventually, we learn that the creation is shunned and punished for his traits being too similar to ‘other humans’ – according to his maker. With these positive feelings being challenged, the creation goes out of his way to seek his purpose. If these feelings were so positive, why are they taught to be so negative? He runs away from his maker after much cognitive dissonance, to the city to see what other human beings are like.
Upon learning the similarities, he further questions his true purpose. These feelings of human emotion become too much for the android creation. As he heads back to his maker and explains that he can no longer carry on with these feelings as they are too overwhelming for a non-human being. His purpose is pointless as he was only built to be The Maker’s idea of a perfect human – but if the creation can’t live up to this, then what is his point in carrying on?
At the end of the album, we learn that the creation switches himself off and shuts down.

PR:How do you guys work as far as songwriting and then recording?

K:We write and record as we go along. It’s certainly a fortunate position to be in as there is much more room for flexibility. Usually one of us will contribute a song or a musical idea and we all develop it together as a band from there, making adjustments and tweaks to the song as time goes by.

PR: The first single “Cloudburst”, what is that song about and how did it come together?

PR: What’s next for the band now that this album is out?

K: More music. We are releasing our second single, ‘Monster’ on our upcoming ‘Monster EP’ soon which also includes two all-new tracks. We will also be releasing a brand new video to accompany this release. We are also planning gigs in both Europe and the US – but more on that later.

For more on Kyros visit them at: https://www.facebook.com/KyrosOfficial/