Haken to tour with Between the Buried and me in Europe 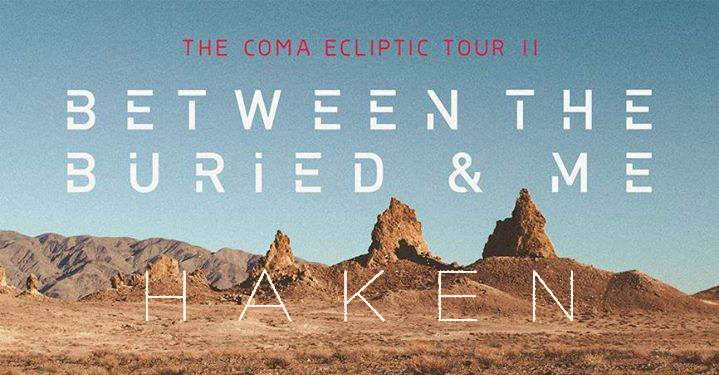 Haken announce tour supporting Between the Buried and Me on Europe leg of tour.

Haken will be joining BTBAM on the Coma Ecliptic tour for fourteen dates in total between the 16th and 30th of September including seven UK dates, as well as France, Belgium, Netherlands and Germany, finishing off at Euroblast Festival in Cologne on the 1st of October. See below for a full list of tour dates. 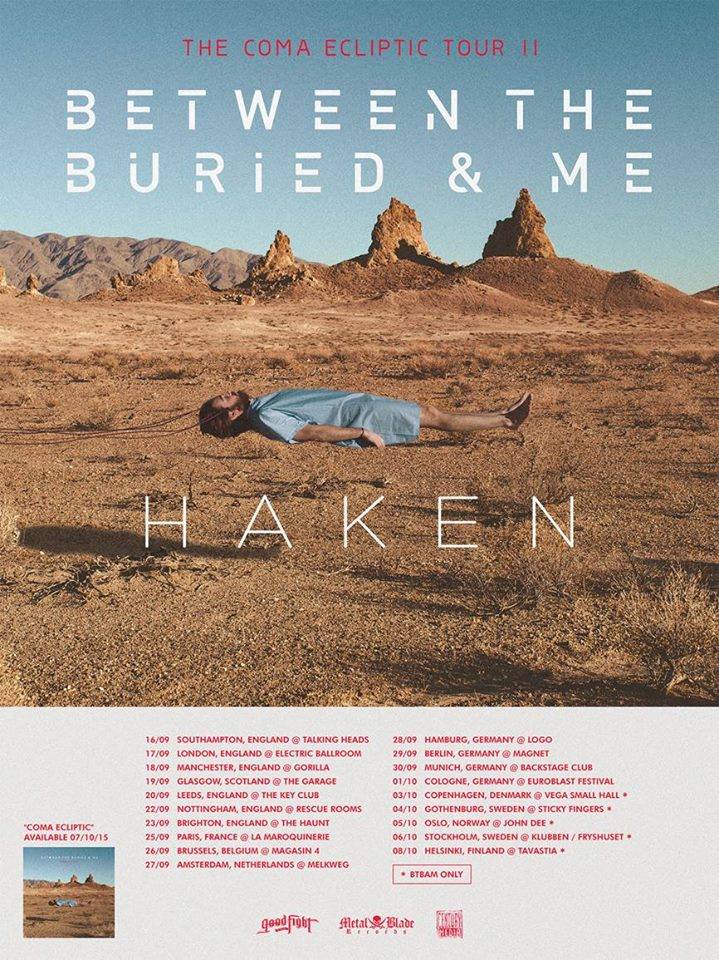 between the buried and me coma ecliptic Haken progressive metal tour