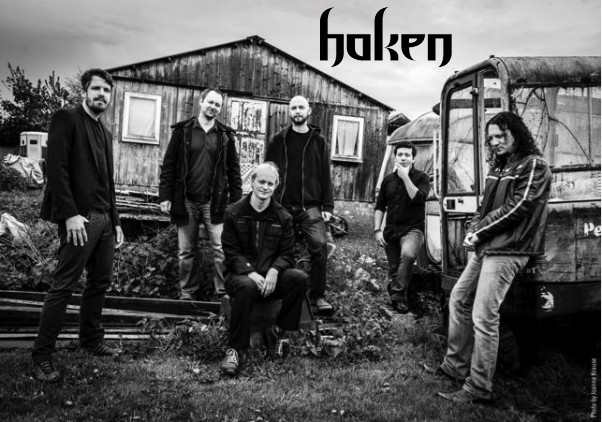 Haken is a London-based progressive metal band formed in 2007 and was started by guitarist and keyboardist Richard Henshall, Ross Jennings (vocals) and Matthew Marshall (guitar) who has since left the band.  The band currently consists of Henshall, Jennings, Charles Griffiths
Raymond Hearne and Diego Tejeida.  The band has released 3 albums.  2010’s  Aquarius, 2011’s Visions and, most recently in 2013, The Mountain.

Released on Inside Out Music and to worldwide critical acclaim, the band has soared to new heights in popularity and was in many top 10 lists for 2013.  Their video for the song “Cockroach King” also received great reviews and showcased the band humor as well as amazing musicianship.