Haken to return to Europe for some select festival & headline dates and a tour with Devin Townsend.

Haken continue to ride the wave of success from their latest album ‘Vector’. After recently completing a hugely successful tour, they now reveal they will return to Europe for some select festival & headline dates.

The band comments: “Back by popular demand! Our recent European Vector Studies tour went so well that we’re heading out again to play some headliner shows between our summer festival appearances.
It promises to be a fun couple of weeks and a perfect stop-gap for our amazing European fans in need of some Vector curricular activities!”

They also recently announced they will join their label-mate, the legendary Devin Townsend, as special guest on his headlining EMPATH European tour this Winter: 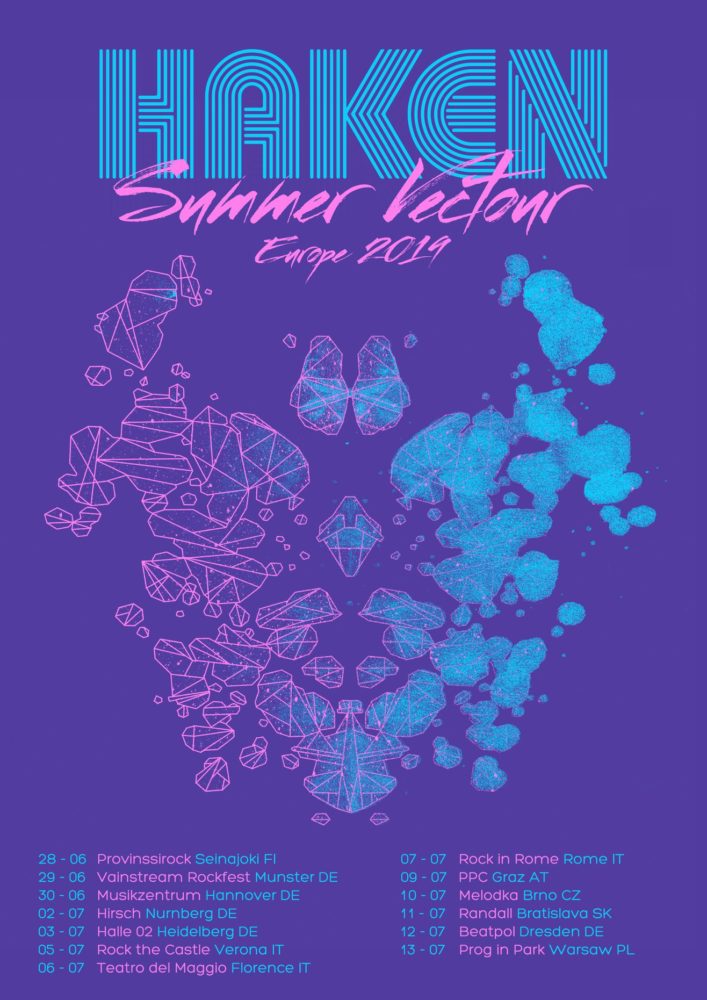