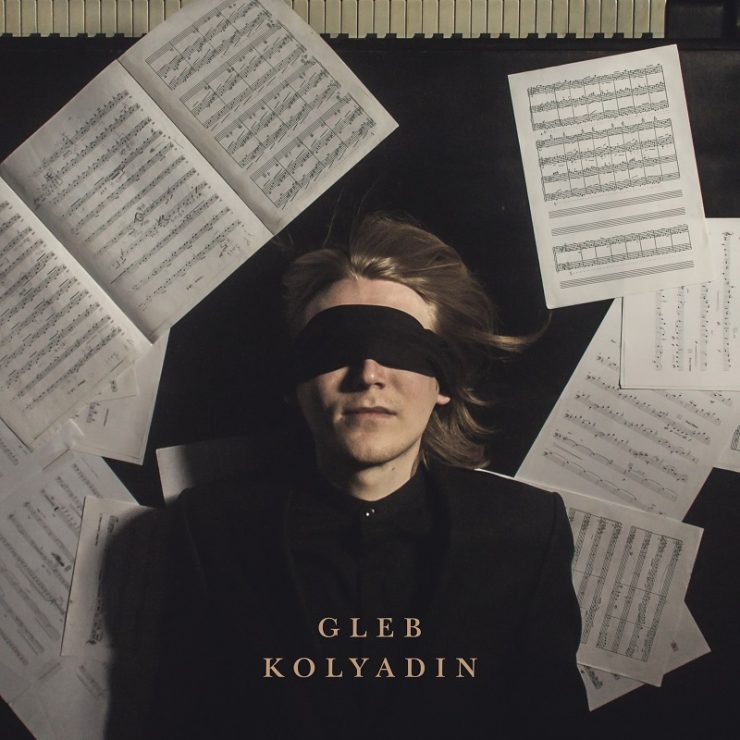 Review of the self-titled debut album from Gleb Kolyadin, out on Feb 23rd, 2018.

Despite prog being associated with great keyboard players hailing back to greats like Keith Emerson, Rick Wakeman, Geoff Downes, Richard Wright, and more, the most recent generation of prog, while suffering no shortage of great keyboard players, has largely been a guitar dominated affair. Guitars have added more strings, music has gotten heavier, and ever more complicated. Most heralded instrumental albums are from the well-known guitarists of the world. However, with his self-titled release, Gleb Kolyadin aims to show that this no longer need be the case. With the success of his award-winning duo Iamthemorning as his springboard into notoriety, Kolyadin has now recorded a giant album with beyond explanation performances and songs that excite and thrill with every listen. Gleb Kolyadin is certainly the next great keyboardist we all need to recognize.

First off, attention must be made to the production. The recording is superb and the mix dynamic. The multitude of sounds escaping from the speakers each find their own place and have room to exist. The album was mixed and engineered by Vlad Avy, who also previously worked on the two Iamthemorning records, and once again did a fantastic job bringing this music to life. The list of musicians included on this album is an all-star prog cast, with notables like Gavin Harrison on drums, Nick Beggs on bass, Theo Travis on flute and sax, and guests like Steve Hogarth and Jordan Rudess, among the collection of superstars. But it is Kolyadin that shines brightest on this album.

The album opens with “Insight” and a rocking grand piano groove, before the immense drums from Gavin Harrison introduce themselves. The two of them are in perfect synch as the song weaves into various sections. Harrison is truly as gifted a drummer as there is on the world and it shows once again on this album. The second half of the song has a great keyboard hook that arrives unexpectedly, but by the end you are left wondering, what was that? It is the perfect opening to the album as it absolutely sets a warning, don’t leave, there’s more.

There are a few vocal tracks and they are powerful their dark overtones and textures. Mick Moss sings on “Astral Architecture,” a wonderful track that again allows Kolyadin to show his grand piano chops. Moss’s vocals are perfectly placed on this track. “White Dawn” is a delicate piano intro to the excitable “Kaleidoscope,” a song that is a brilliant prog jazz mix. Again, the drums are just stupendous. Flautist Theo Travis displays his skills on the second half of this song, perhaps the highlight of the album.

Marillion’s Steve Hogarth makes an appearance on two tracks, the long epic “Confluence” where he does a spoken word intro before a tribal beat takes over eventually erupting into a rock ending. He also sings on the album closer, the ballad “The Best of Times.” Hogarth again is able to bring emotion to a song like only he can. Jordan Rudess, meanwhile, appears on the penultimate track “Storytellers” and you can tell exactly where he comes in.

Gleb Kolyadin has crafted an undeniably glorious album here, one that exudes talent all over. He proves beyond the shadow of a doubt that any fame that has come to Iamthemoning was no fluke. He is not only a gifted pianist and keyboardist, but a brilliant songwriter and arranger. Expect more big things from this immense talent.