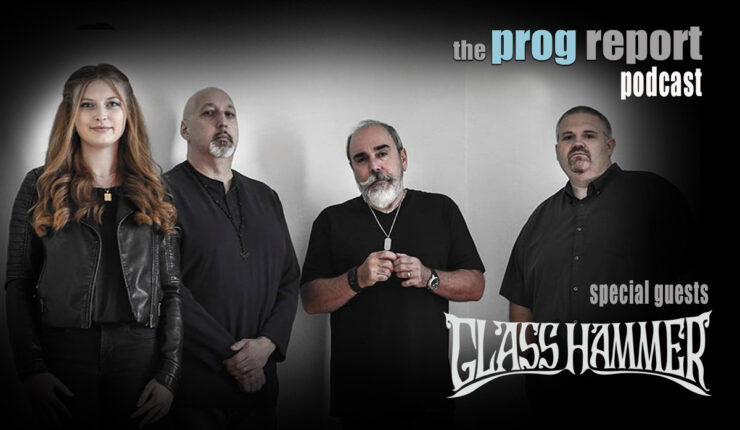 Glass Hammer join the podcast to talk about their latest album ‘Skallagrim – Into the Breach’,

Steve Babb, Fred Schendel and Hannah Pryor from Glass Hammer join the podcast to talk about their latest album ‘Skallagrim – Into the Breach’, which comes out on Oct. 15th.

Watch the video for “Anthem To Andorath” here:

Skallagrim – Into The Breach is Part Two of last year’s Dreaming City which found lyricist, bassist and co-producer, Steve Babb, drawing inspiration from sword & sorcery novels of the seventies. Now the album has inspired an actual four-hundred page novel, “Skallagrim – In The Vales Of Pagarna”, which Babb plans to release in early 2022.

“Skallagrim is a thief who lost his memory and the girl he loves,” explains Babb. “He’s up against all sorts of wickedness to reclaim both, but finds an ally in a sentient, eldritch sword. Now his fate is bound to the sword as much as to the quest to find his love.

Into The Breach finds our protagonist going to war, so the music absolutely has to reflect that.” Babb promises that fans will hear “a much heavier, angrier album than we’ve ever done.”

He goes on to explain the video. “He’s Got A Girl is a short intro piece meant to start the album and lead us into the heavier material. Anthem To Andorath follows and lyrically sets up Skallagrim’s current predicament and what he’ll have to go through to survive it. Musically, it’s designed to hammer you into the ground! It’s not what you’d expect from us, but then fans never really know what’s coming next from Glass Hammer. It’s what, album number twenty-one? We have to expand our sound, and fortunately, this heaver side of Glass Hammer is something we’re long overdue to explore.”