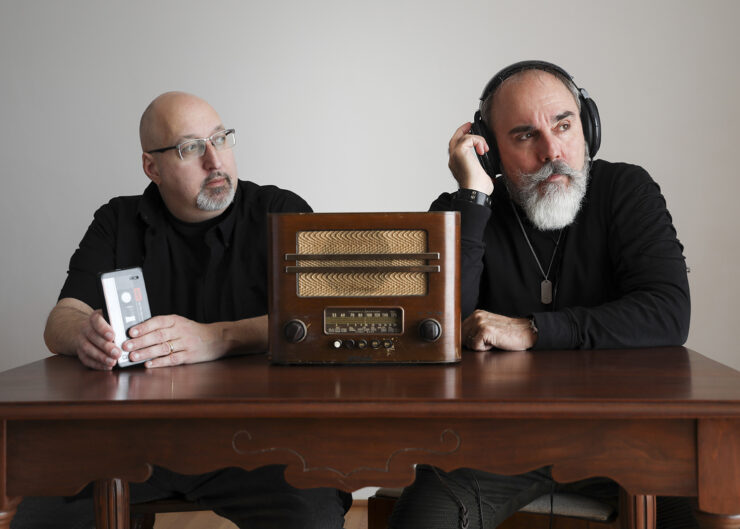 Ten NFT’s will be minted of a pre-release mix of the track “Anthem To Andorath,” featuring Hannah Pryor as lead vocalist.

Glass Hammer have announced an NFT Drop, making them the first prog act to do so. The NFT (non-fungible token) is available on Glass Hammer’s Marketplace on OpenSea: https://opensea.io/collection/glass-hammer

The follow-up album to Dream City is tentatively titled Skallagrim – Into The Breach and is being teased uniquely as the NFT (non-fungible token) on OpenSea. Ten NFT’s will be minted of a pre-release mix of the track “Anthem To Andorath,” featuring Hannah Pryor as lead vocalist. Hannah made her first appearance with Glass Hammer on last fall’s “A Matter Of Time,” released exclusively on the Glass Hammer website.

“Only ten of these will ever be released,” explains GH co-founder Steve Babb. “The song will show up on the album, of course, but not in this form. The purchasers will find their names listed in the credits of our new album, and there may be other goodies attached as well. We’re really just learning about NFTs, but they’re very interesting as a new way to sell music, not only to crypto-collectors who may have never heard of Glass Hammer but to prog-rock collectors and superfans who’d like to own something truly exclusive.”

Glass Hammer is not new to the notion of exclusive collectibles. Babb explains, “Our very first album (1993’s Journey Of The Dunadan) was first sold as a collectible—a limited edition art print and a gold foil CD on QVC, giving us a massive amount of exposure early on. Though I think it’s too early to say whether or not NFTs will change the music business, it still makes sense for Glass Hammer to make our music available wherever it can be sold.”