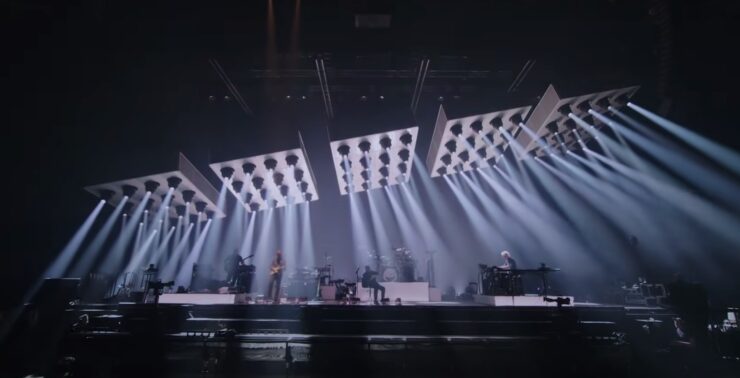 Genesis kick off The Last Domino? UK Tour in Birmingham

Genesis kicked off The Last Domino UK tour in Birmingham, England, on Mon, Sept 20th. As seen in tour previews, and similar to his solo tours, Phil Collins was seated on stage with his bandmates Mike Rutherford and Tony Banks on his sides. Joining them were stage staple Daryl Stuermer and Phil’s son Nic, and a few backups musicians.

The setlist was an expected mix of the big hits like Invisible Touch and Land of Confusion, and some tour classics like Domino, Home by the Sea and more. There were some surprises including Duchess, That’s All, and Fading Lights.

The encore consisted of I Can’t Dance, and the opening of Dancing with the Moonlit Knight which leads into an emotional version of Carpet Crawlers.

Here are some fan-shot videos of the show.