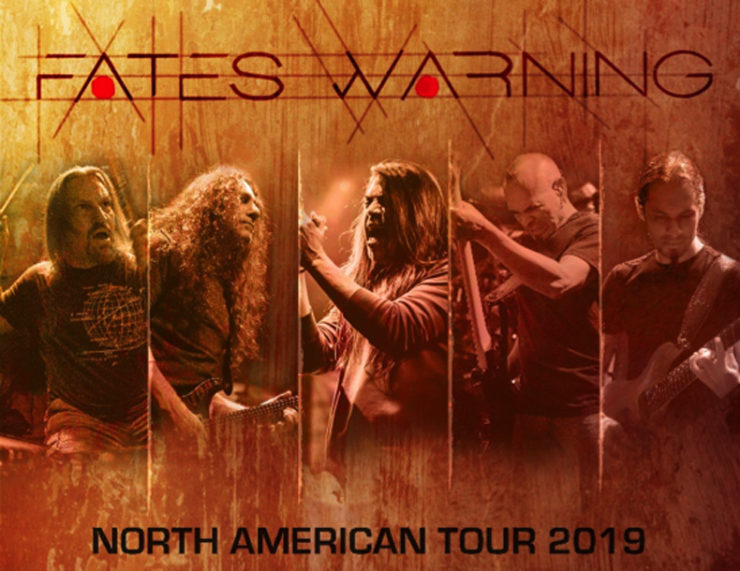 Progressive Metal pioneers FATES WARNING have recently announced a next and much overdue tour of North America alongside Queensryche in March-April and have now also added a string of complimentary headline dates to the run. Here is a full list of the upcoming dates:

FATES WARNING vocalist Ray Alder checked to comment about the upcoming touring as follows:
“FATES WARNING are hitting the road again in support of our latest album “Theories Of Flight”. But this time we’re touring the U.S. with our good friends in Queensryche. The last time we all toured together was a blast, and we expect this time may be even better. We also look forward to playing some cities that we have not been able to visit in quite a while. We hope to see you all at the shows!“