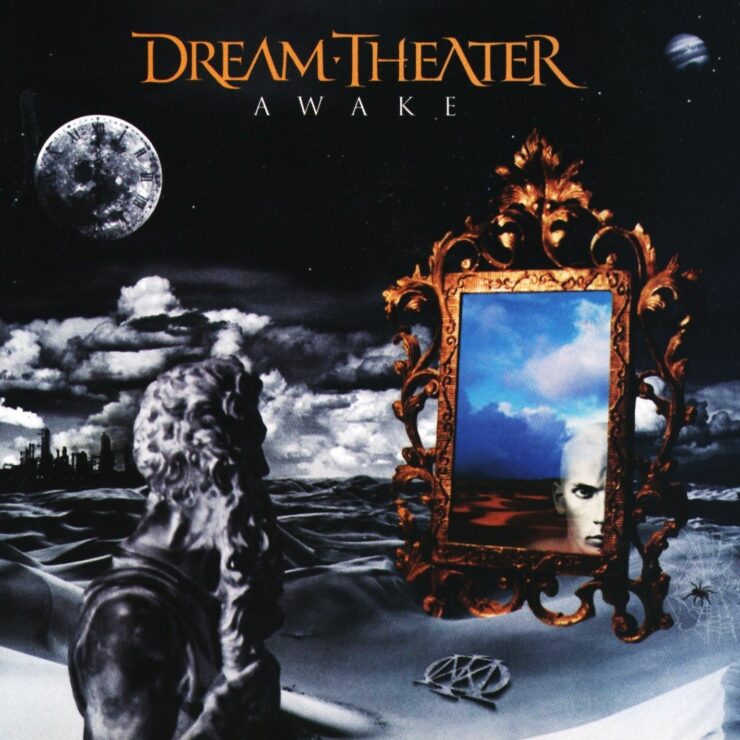 Following the unexpected success of 1992’s Images and Words, Dream Theater were under immense pressure from their record label to produce an album as successful, if not more so, than its predecessor. While in ‘92, the musical climate had begun the shift away from overproduced rock in favor of grunge, now it was metal that had crept into the mainstream with bands like Pantera debuting at #1 on the Billboard album chart. This, and the introduction of the 7-string guitar, inspired Dream Theater to write heavier material. Ultimately, the album did not produce any hits at radio. This was also the final album to feature keyboardist Kevin Moore, who announced he was leaving the band during the recording sessions for Awake.

Drummer Mike Portnoy remembers the difficulty of working on the new material. “It was the first time we were making a record knowing that there was an audience listening. When we made our first two records A) we didn’t know who would listen, if anybody would even listen; but B) we also had years and years to write When Dream and Day Unite and Images and Words, just because of the circumstances. So with Awake, here we were suddenly with a couple of months to write this album. It wasn’t like we had years and years like the previous two. And we also had the situation where we knew there’s half a million people out there that bought Images and Words so now they’re waiting for this follow up. So there was a little bit of pressure in
that respect that we had never felt before and there was also the situation with Kevin Moore that was brewing throughout the writing and recording of that album…by the time we were halfway through recording the record, he told us that he wanted out and he was going to leave the band, so it kind of had this hovering sadness or bittersweet feeling over the album for us.”

While the album did not have as much success as Images and Words, it is still an important album in the Dream Theater discography, and one that fans and the band look upon fondly.

Petrucci has favorable memories of the album and appreciates how it is received today. “We had the success of Images before so there was all this anticipation. We were pretty young guys, hungry, and ready to tackle it again, but it wasn’t without some drama and changes along the way. Now when I talk to fans, especially European fans, that’s one of their favorite albums. But I remember it coming out and people being like ‘wow, what did they do, they changed their whole thing, I’m not sure I like this.’ It’s funny the way that things stick even though they might not be initially received so well.”

For more on this album and more from Dream Theater and other prog bands pick up the Essential Modern Progressive Rock Albums book here.