Prog Mag reported this morning on a poster by a concert promoter that listed Dream Theater performing something titled “The Astonishing”.  The show is scheduled for 2016 which is around the new album might be expected.  There began speculation that this was the new album title.  It has been confirmed by the band themselves. The new album title is The Astonishing and the band is expected to play the entire album on tour next year. Early tour dates have already been announced.

Last week, it was discovered that on the band’s website there is a landing page asking the user to select between 2 choices and that more would be revealed soon.  Soon has arrived 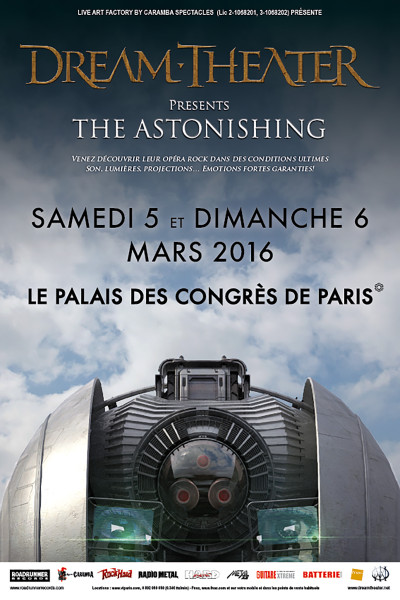