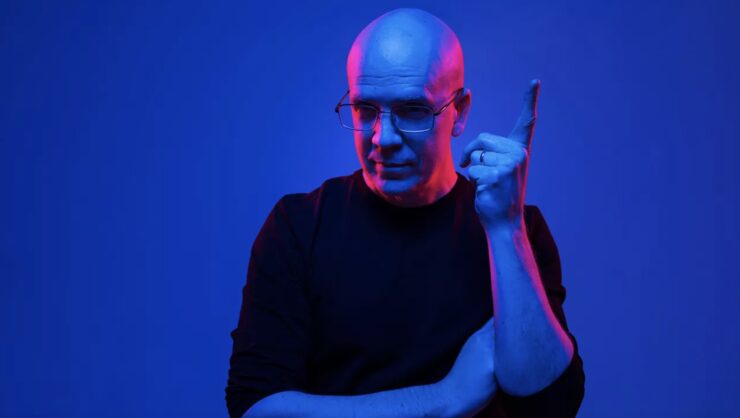 Devin Townsend has released he first single “Moonpeople”  taken from his forthcoming new album ‘Lightwork’, due out October 28th, 2022. Following months of hard work finishing the album, as well as an extensive European touring schedule that included 2 nights at London’s Royal Albert Hall, the first piece of new music taken from his much-anticipated new album is ready to be heard.

‘Moonpeople’ is the album’s opening track, and arrives with a video filmed by Devin himself while he was in Spain earlier this year. The first in a three-part series of clips, you can watch the video now here:

Devin comments:
“Hey all 🙂 this is Devin. Welcome to my newest album ‘Lightwork’ The last few years have been a lot, and this is the music that I wrote during that time.

In essence, Lightwork is a bit more of a ‘song’ oriented album. A bit more direct and simpler than a lot of what I’ve been doing lately. After ‘Empath’ and ‘The Puzzle’, things kind of swung back in the direction of more traditional arrangements for Lightwork.

Lyrically, It kind of hints at the struggles of the last few years but with an eye on putting the pieces back together again.

We chose ‘Moonpeople’ as the first of three video releases from this project, The three videos share a theme, so I think that’ll work.

Moonpeople is the first song on Lightwork and acts as a sort of mission statement for the album. Post pandemic… kids are now teens… 50 years old, who am I now? Beyond any platitudes or delusions, who am I now that the smoke is clearing and what do I want to do, and who do I want to be, moving forward?

The term ‘Moonpeople’ in my mind, refers to those in society that kind of ‘watch’ things rather than being directly involved in it. Maybe the Moonpeople are more introverted rather than extroverted? In any case, it functions as a song on the album that will set the stage for the dynamic nature of the material that follows it.

After a few exceptionally long years full of personal change and near manic levels of creative activity, Canadian musician Devin Townsend releases his follow up to 2019’s well received ‘Empath’ in the form of his new release: ‘Lightwork’.