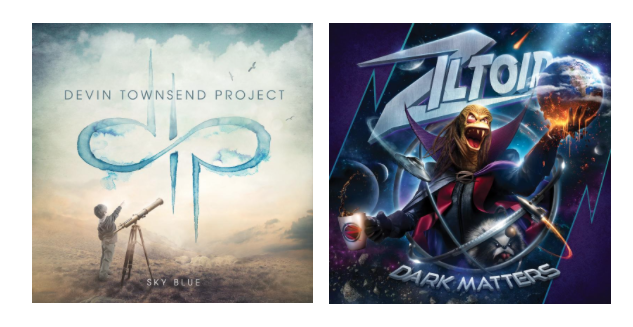 Devin Townsend Project released the double album, Z², in late 2014 and will now issue each part, SKY BLUE and DARK MATTERS, in their own separate packages on August 7.

The epic lyric video for the track “March Of The Poozers” taken from the DARK MATTERS side of the album can be seen on the
InsideOut YouTube channel here: