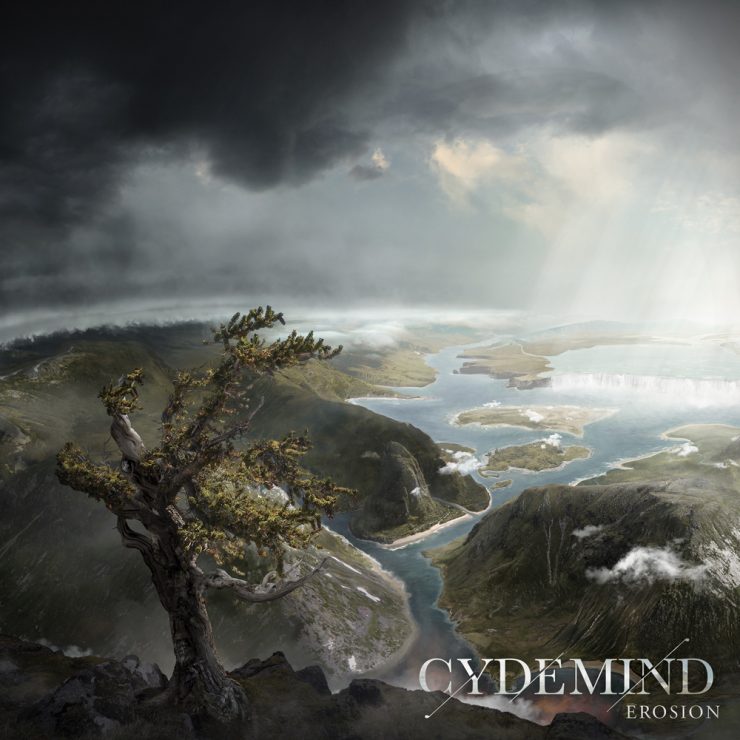 Montreal-based Cydemind will release their first full length album ‘Erosion’ today, May 26th. The album is the follow-up to their 2014 debut EP ‘Through Mist and Ages’. Now you can listen to the album exclusively here.

The band had this to say about the new album, “We’re very excited to finally release Erosion. We’ve been working on it for so long; to finally launch it feels like we’ve reached the summit of a mountain that took 5 years to climb. We hope you’ll appreciate the scenery as much as we do. Thanks for supporting us and here’s to many more albums!”

Influenced by bands such as Symphony X, Dream Theater, Haken, Plini, Rush along with classical, jazz and progressive rock, the album offers a refreshing take on progressive music that is sure to attract interest from a wide audience, especially with classically trained violinist Olivier Allard, who leads the listener throughout the different moods of their compositions.

“Erosion” was recorded in Montreal at The Grid with producer Christian Donaldson (Cryptopsy, The Agonist, Beyond Creation, Neuraxis) along with additional recording of grand piano done at Studio 270.

The album consists of six compositions including a 27 minute masterpiece of the release’s title track, making it CYDEMIND‘s most ambitious project to date. The album artwork was done by drummer and band co-founder Alexandre Dagenais along with lyrical poems included with the release written by pianist Camille Delage. The poems describe each composition as the album gravitates around the theme of nature and its persistence through time.