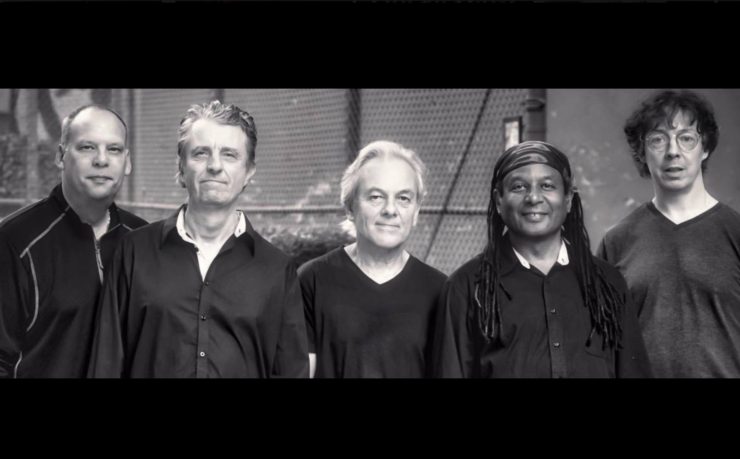 BRAND X are one the most original and well-known British groups of the seventies jazz/rock fusion scene. The original line-up of the band was formed by drummer Phil COLLINS of Genesis with John Goodsall (former ATOMIC ROOSTER) on guitar, Robin LUMLEY (a David BOWIE collaborator) on keyboards and Percy Jones (ex-LIVERPOOL SCENE) on bass. For them, the joy of playing and writing together was the main motivation. With various personnel permutations, they made typical progressive rock albums… all worth hearing! Later, the 1992 BRAND X was Goodsall, JONES and drummer Frank KATZ. The band reunited in 2016 and toured across the US during 2016/2017. True musical pioneers, Brand X helped create an entire musical genre and influenced a broad spectrum of musicians and bands, from Phish to Dream Theatre, while their contemporaries include bands such as Weather Report, Headhunters, Mahavishnu Orchestra, Jaco Pastorious and Chick Corea, all crafting a unique blend of Jazz, Rock, and Ethic influences now widely known by fans worldwide as Fusion.