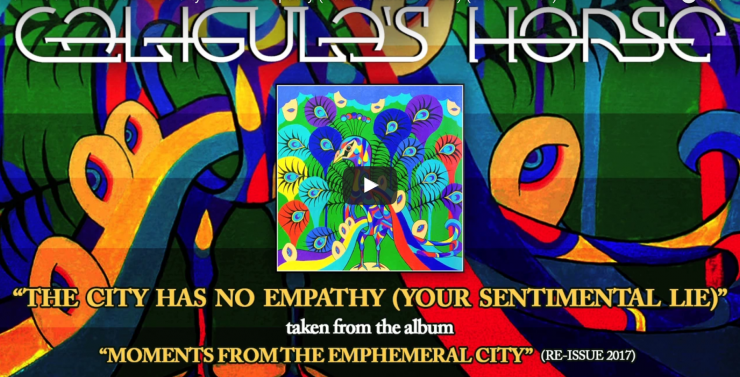 Caligula’s Horse, one of Australia’s most exciting and innovative progressive bands, are set to return to Europe in June 2017 for a string of live dates including support slots with Opeth, Anathema & Pain of Salvation, UK headline shows and festival appearances at Midsummer Prog Festival (Valkenburg, Netherlands) & Be Prog! My Friend Festival (Barcelona, Spain). To coincide with that, InsideOutMusic will reissue the band’s first two albums ‘Moments From Ephemeral City’ & ‘The Tide, the Thief & River’s End’ on the June 16th, 2017 as CD & digital download.

Vocalist Jim Grey comments:
“We’re thrilled that our first two albums will be far easier to get a hold of around the world now through Inside Out Music. “Moments” and “River’s End” are an integral part of the Caligula’s Horse journey – we learned a lot creating them and though it’s been some years since their release, we’re as proud of them as ever.

We’re looking forward to sharing fan favorites from our whole back catalogue with our friends in Europe in June!”

They have launched streams of two tracks taken from the reissues and you can listen to them here: