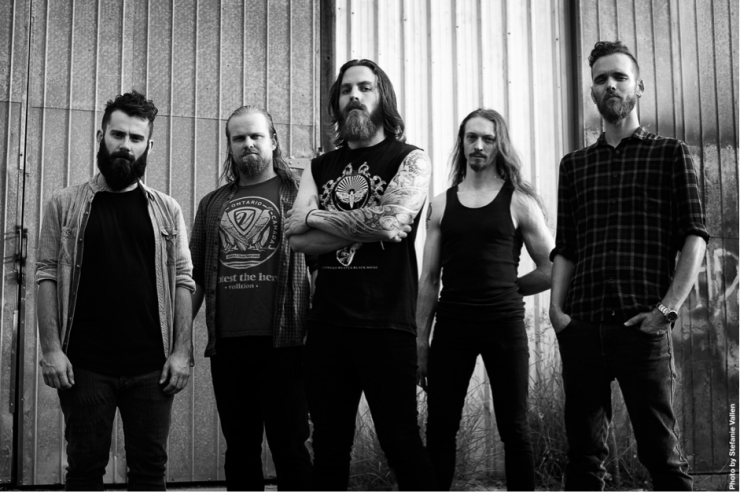 Australian progressive alternative group Caligula’s Horse have signed with record label InsideOut Music (of the Century Media family).  This news follows a hugely successful year for the group so far, with highlights including signing with Wild Thing Presents (Management), The Agency Group (North American bookings), AMF Publishing, as well as supporting musical heavyweights such as Opeth, Mastodon, The Ocean and Twelve Foot Ninja.

Founder and CEO of InsideOut Music, Thomas Waber had this to say about the signing: “Australia is home to many great bands and we are thrilled and excited to start working with Caligula’s Horse, one of the most exciting Australian bands we have heard in quite a while!”

Vocalist Jim Grey echoed Waber’s comments, “Over the moon, man! Over the moon. This is a huge step for us – we’re thrilled to be working with Inside Out, not to mention the honour of sharing a roster with some of our musical heroes…we’re all absolutely stoked!”.

Caligula’s Horse will make their way to Europe for the first time in October, including a performance at the ProgPower Europe Festival in the Netherlands (2nd October 2015) alongside acts such as Leprous, Myrath and Pagan’s Mind. The band also has plans in place to tour Australia in the not too distant future.